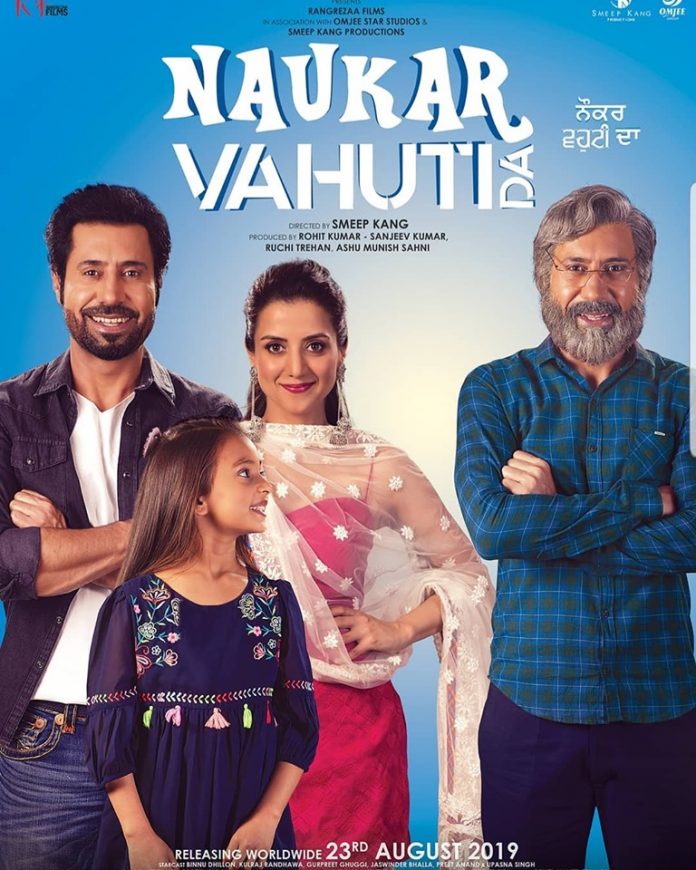 The makers behind the upcoming Punjabi movie ‘Naukar Vahuti Da’ have released the first official poster from the flick.

The Binnu Dhillon and Kulraj Randhawa starrer ‘Naukar Vahuti Da’ have given fans a sneak peak into the flick by releasing the official poster. The film marks the comeback of Kulraj Randhawa to Punjabi cinema, after she was last seen in ‘Needhi Singh’ in 2016.

Leading actress Kulraj Randhawa took to her social media account to share the first look poster with her fans and followers.

It features Binnu Dhillon sporting his normal look and then and older version of himself. We’re sure it’ll be full of madness and comedy, which is what the poster may be hinting at.

It is also the first time Binnu and Kulraj will be sharing the screen space together, making this another fresh on-screen couple in the Punjabi Film Industry. As well as this, the movie will feature a stellar cast including Gurpreet Ghuggi, Jaswinder Bhalla, Preet Anand and many more.