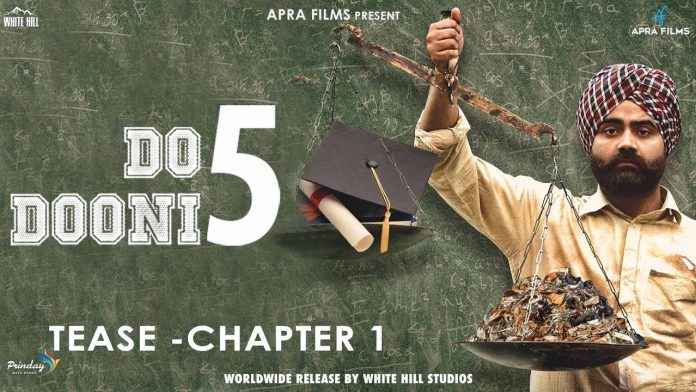 The creators behind the upcoming Punjabi movie ‘Do Dooni Panj’ have released the news of the fourth song from the soundtrack.

With the flick coming out in a few weeks, the makers have consistently released new music from the soundtrack to keep fans engaged with the upcoming release. The first single to be released was dance track ‘Jacketan Lightan Waliyan’, the second was the emotional and motivational ‘Haunsla’, and lastly the Bhangra powered track ‘Peg’.

The fourth song to be released will be the first duet by Neha Kakkar and Rahat Fateh Ali Khan, who are set to captivate hearts with the love song. There has been official release date for the track yet, but fans can expect it very soon!

FIKAR from DO DOONI PANJ For the first time ever, Singing Maestro Rahat Fateh Ali Khan Sahab come together with super singer Neha Kakkar for this soulful melody created by Badshah. Full video of Fikar from the film out tomorrow. DO DOONI PANJ releasing on 11th January 2019. @nehakakkar @rahatfatehalikhan @sonymusic_north @aprafilms @amritmaan106 @isharikhi

India’s biggest rapper Badshah is behind the upcoming Punjabi movie, and is looking to bring a new fresh approach to the Punjabi Film Industry. ‘Do Dooni Panj’ is based on the educated unemployed youth in Punjab.

The film stars Punjabi singer and actor Amrit Maan, and Isha Rikhi who plays his love interest. The flick is set to hit cinemas 11th January.