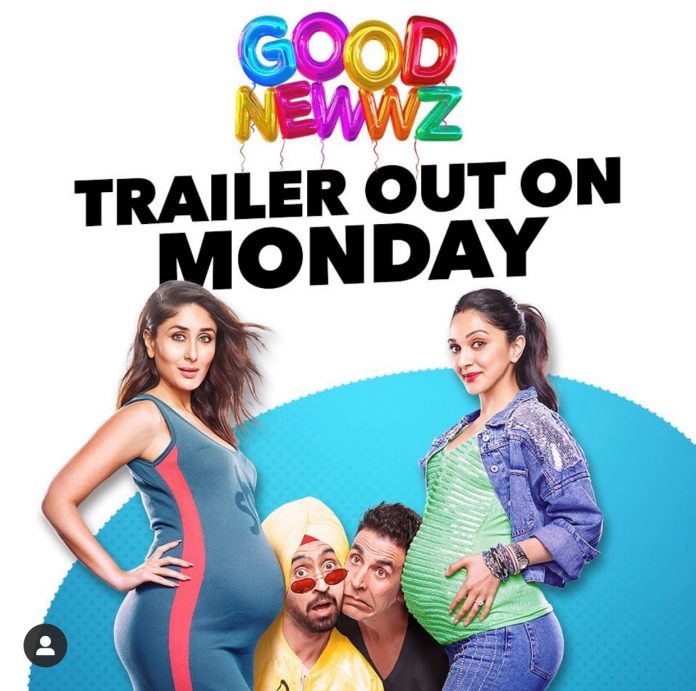 The release date for the trailer for the highly anticipated movie GoodNewwz has been announced!

The cast of the movie took to their social media to share the ‘Good News’ that the trailer will be released on Monday.

Earlier in the month, the cast took social media by storm when they dropped their rendition of the ‘Bala challenge’, from Akshay Kumar’s latest release, ‘HouseFull 4.’

Good Newwz will be released in cinemas on the 27th December, and from the first look posters, we can’t wait!

Diljit Dosanjh has been nominated for the BritAsia presents Kuflink Music Award for ‘Best International Male.’ Check out the other nominees, categories and cast your votes here!