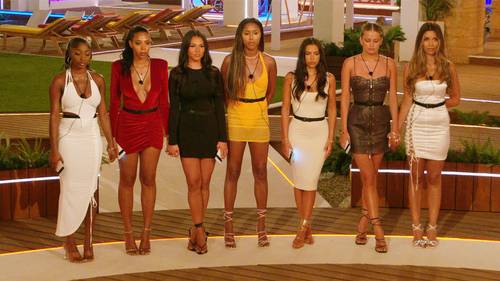 The eighth season of Love Island is well underway and so far, it’s business as usual. On Monday 6 June, we watched the first 11 Islanders enter the famed Mallorcan villa, each new arrival more preened and – let’s face it – toned than the last.

This year (much like last year and the year before…), the internet is awash with tweets and op-eds critiquing the distinct lack of body diversity in the show. I’m no different: this year, I agonised over whether or not to watch it, worrying that nightly exposure to taunt, tanned bodies would trigger unwelcome feelings about my own, rather paler and fleshier, body.

While the average woman in the UK is a size 16, or “plus-size”, Love Island has yet to introduce a female cast member over a size 12. Yes, dress sizes are largely arbitrary, but the point is easily evidenced through the fact that the closest the show has come to a plus-size contestant is season four’s Alexandra Cane or season five’s Anna Vakili, both of whom are extremely slim compared to the national average. The lack of body diversity is further compounded by data collected by Student Beans, which indicates that 85% of 16-24 year-olds (from a survey of 909 people) think that Love Island creates unrealistic standards for body image.

At this point, it would be tempting to call on the Love Island producers to just “do better.” It’s 2022, how hard can it be to cast someone bigger than a size 12? Well as it turns out, in a society obsessed with thinness: quite hard.