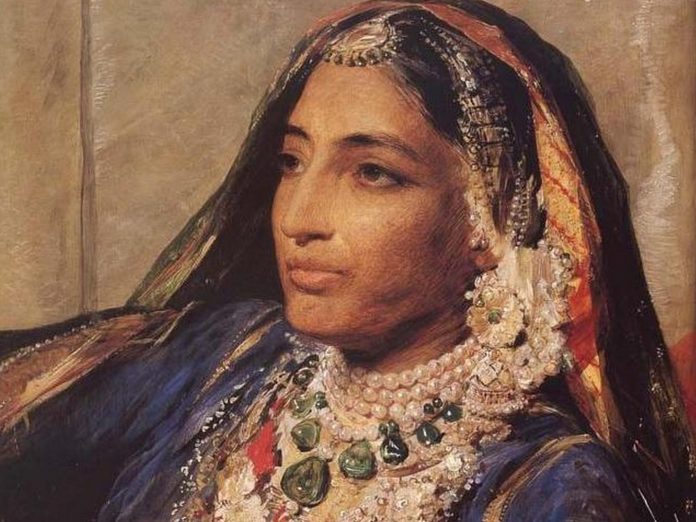 In her upcoming novel, Indian-American author Chitra Banerjee Divakaruni will bring to life one of the most fearless women of the 19th century — the legendary Maharani Jindan Kaur.

The Last Queen will be released by HarperCollins India in January 2021, the publishers announced on Tuesday.

Daughter of the royal kennel keeper, the beautiful Jindan was Maharaja Ranjit Singh’s youngest and last queen and was left to defend the mighty Sikh empire against the British. She became regent when her son Duleep, barely six years old, unexpectedly inherited the throne and went on to become a legendary warrior queen.

Passionate and dedicated to protecting her son’s heritage, Jindan distrusted the British and fought hard to keep them from annexing Punjab. Defying tradition, she stepped out of the zenana, disregarded the veil and conducted state business in public.

Addressing her Khalsa troops herself, “she inspired her men in two wars against the British. Her power and influence were so formidable that the British, fearing an uprising, robbed the rebel queen of everything she had, including her son,” writes Tribune India.

Despite being imprisoned and exiled, it did not suppress her indomitable force.

The Last Queen is being described by HarperCollins India as “an exquisite love story of a king and a commoner, a cautionary tale about loyalty and betrayal, and a powerful parable of the indestructible bond between mother and child.”

The novel has already been optioned for film rights, reports Tribune India.

Divakaruni said she is delighted to bring the “amazing and largely-forgotten” Maharani Jindan Kaur to readers.

“From the beginning, I was struck by her strength and unfaltering courage even as she goes through the worst challenges of her life. Delightfully human with her faults and foibles, the resolute Jindan has been an inspiring companion to me through these troubled times,” she said.

“I trust she will do the same for all who pick up this book. I am additionally excited because the book has already been optioned by Endemol Shine for a movie,” she added.

Taking to Twitter, the author quoted a tweet by the publishers to echo their excitement. She said: “Excited! I love my publisher, @HarperCollinsIN, and my editor @DiyaKar73. They did a great job with #ForestofEnchantments! I look forward to them making #TheLastQueen available to my readers in January 2021.”

Excited! I love my publisher, @HarperCollinsIN, and my editor @DiyaKar73. They did a great job with #ForestofEnchantments! I look forward to them making #TheLastQueen available to my readers in January 2021. https://t.co/kNokhmbgyH

According to Diya Kar, editor at HarperCollins, Divakaruni’s “matchless storytelling is a great gift to the world. What a perfect time to be given this incredible story of a remarkable woman, a real icon for us today”.