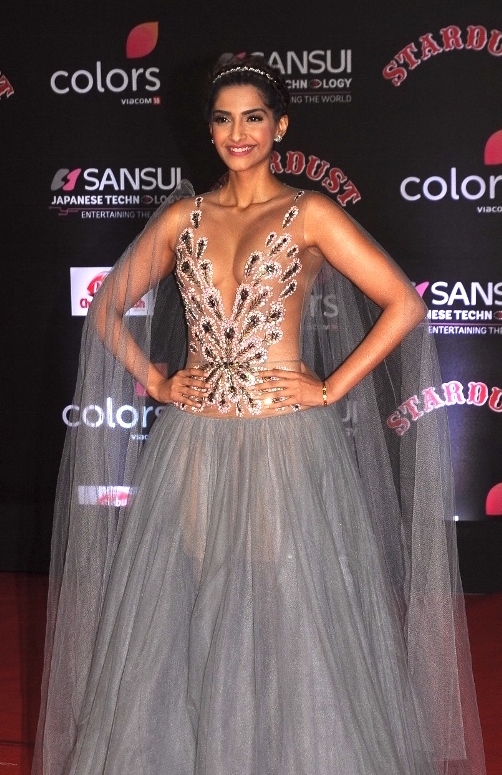 The star studded guest list of the Sansui Color Stardust Awards 2016 turned heads as they paraded down the red carpet on Monday night. Some of Bollywood’s biggest stars attended the event such as the Bachans, Shah Rukh Khan, Priyanka Chopra and Sonam Kapoor. The attendees pulled out all the stops when it came to fashion proving that they are skilled in more than just acting.

Priyanka Chopra flew in from Mumbai to accept her Global Icon of the Year award, she wore a unique trouser and jacket combination. The long trail of the jacket added elegance to the look and proved that there’s nothing that the star can’t pull off! 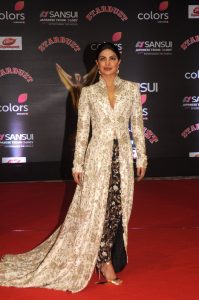 Sonam Kapoor stepped out in a stunning sheer gown by Yanaina Couture. She looked like a princess and her simple hair and makeup let her natural beauty shine. 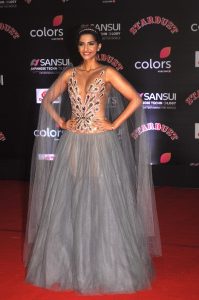 While a lot of celebs opted for muted pastel colours Anushka Sharma went for an all-black trouser suit. There was no contrast as she also wore black peep toe heels by Louboutin but the look worked for the actress and she looked gorgeous as she won the Best Actress award for her performances in Ae Dil Hai Mushkil and Sultan. 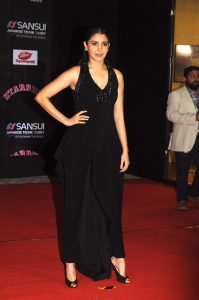 Aishwarya Rai looked demure in a long embellished gown. Pictured with her in-laws Amitabh and Jaya Bachchan the starlet looked beautiful pairing her outfit with bold red lips and sleek hair. Her overall look was classic and fit for a princess, perfect for someone classed as Bollywood royalty! 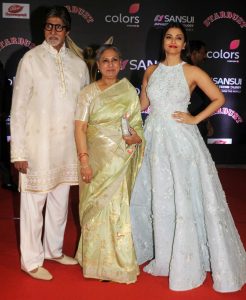 Who do you think was the best dressed? Let us know #BritAsiaTV