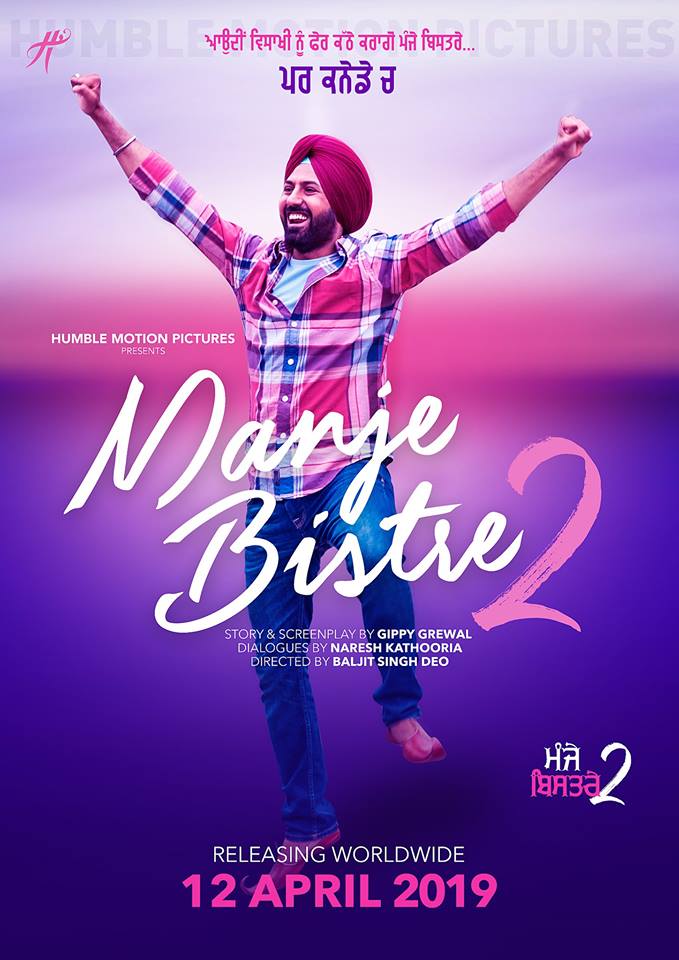 The makers behind the movie ‘Manje Bistre 2’ starring Gippy Grewal have released the teaser for the upcoming flick.

As a special Diwali gift, Gippy Grewal and his production house, Humble Motion Pictures, treated their fans to a teaser of the upcoming movie ‘Manje Bistre 2’. After the success of ‘Manje Bistre’, which swept up five awards at BritAsia TV’s Punjabi Film Awards, the sequel to the movie just had to be done.

The three-minute teaser shows us two government officials visiting a local village, only to find it empty. It then pans to Gippy Grewal waking up in Canada. We see Gippy collecting quilts and bedsheets for a marriage, as it is tradition. He seems unfazed that he is in a completely new country and looks to be enjoying it.

Sonam Bajwa will not be returning for the sequel and instead Simi Chahal will be playing the lead actress. If it’s anything like the first one, we’re sure it will be full of laughs and comedy again.

Director Baljit Singh Deo is returning for the sequel, and we can expect to see the movie in cinemas April 12th 2019.