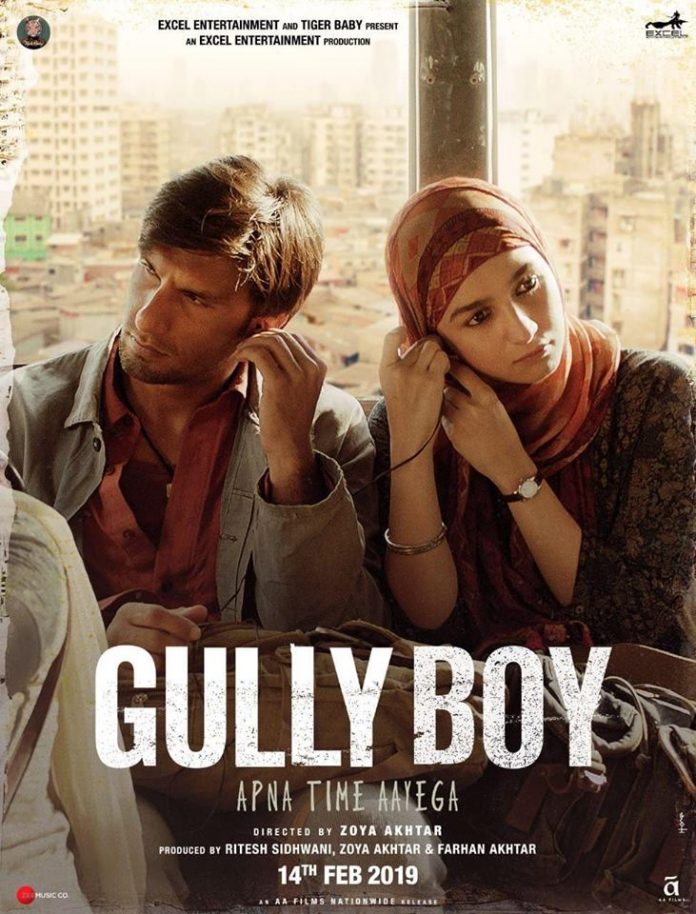 After releasing the posters of the Ranveer Singh and Alia Bhatt starrer ‘Gully Boy’, the makers of the flick have released the trailer announcement video.

Bollywood star Ranveer Singh is on a role recently, with his recent release ‘Simmba’ crossing 150 crores within its first week of its release. He wedded the most popular Bollywood actress, Deepika Padukone, in November an extravagant ceremony in Lake Como, Italy.

The ‘Padmaavat’ star will be playing an underdog rapper from the streets of Mumbai who becomes a big name in home-grown rap and Hip Hop. The one-and-a-half-minute teaser gives us a glimpse in into the Zoya Akhtar directorial.

The video opens with beat box sounds and fans get to see Ranveer doing some impressive rapping. The actual flick had no dialogues, and the scenes were set to the song ‘Asli Hip Hop’, which was rapped by Ranveer himself.

We’re also introduced to Alia Bhatt’s character, Kalki, where see is seen playing the role of a plain character but is seen as care-free.

Towards the end of the video, it’s revealed that the full trailer will be released on 9th January. It also ends with Ranveer saying, “Apna Time Aayega (Our time will come)”. After the teaser was shared across social media, it instantly received praise from B-Town, with the likes of Deepika Padukone, Karan Johar and many more talking about it.

We can’t wait to see more from one of the most anticipated Bollywood movies of the year!