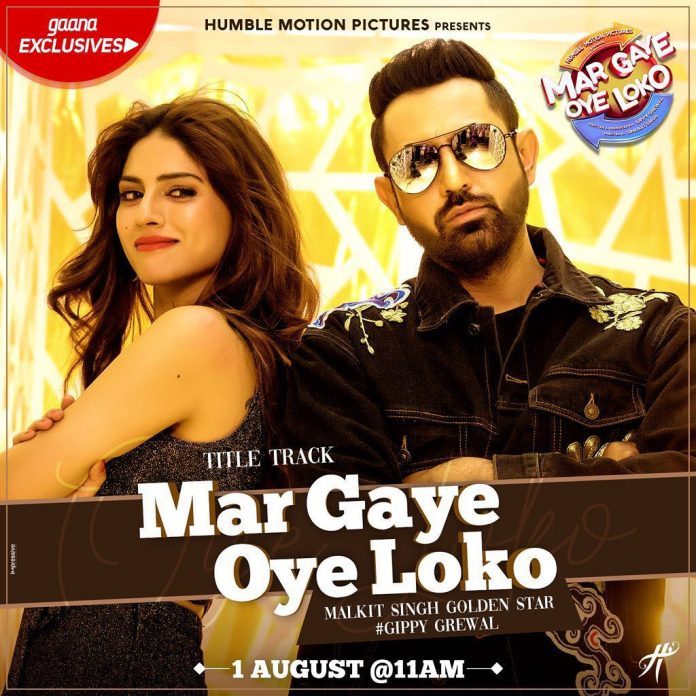 The makers behind the movie ‘Mar Gaye Oye Loko’ have released a teaser for the title track from the movie starring Gippy Grewal and Binnu Dhillon.

Since the announcement of the upcoming movie, fans have been eagerly waiting for more content to come from the movie, and the makers haven’t disappointed them after releasing a one-minute teaser of the title track.

The voice on this track has been sung by lead actor Gippy Grewal and legendary Punjabi singer Malkit Singh has also lent his voice, as well as writing the lyrics too. The two famous figures are sure to be a delight to fans and audiences across the world, and has set the bar high for this movie.

The title track will be released tomorrow, where we will be able to get a longer glimpse of what to expect in the comedy movie.

The movie is based on a love triangle between Gippy and Binnu Dhillon who both fall in love with Sapna Pabbi’s character. It’s another romantic comedy, that is sure to provide a lot of laughs when it hits the big screens on August 31st.