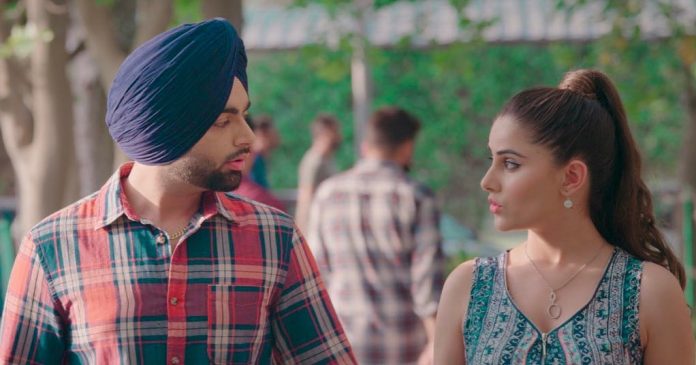 The makers behind the upcoming Punjabi movie ‘Kaake Da Viyah’ have released the title track for the flick starring Punjabi singer Jordan Sandhu.

It’s very common in the Punjabi Film Industry for trailers to be released before any song from the soundtrack is out. However, the makers for ‘Kaake Sa Viyah’ have done something different and decided to release the title track first.

Before the trailer releases on 7th January, the team behind the upcoming flick have decided to create even more hype around the release of the trailer. The title track for the movie is the perfect Bhangra opener, and will have you on your feet instantly.

The movie stars newcomer Jordan Sandhu whose powerful vocals fit perfectly in the track. He made his Pollywood debut in ‘Subedar Joginder Singh’, and now he’s set to lead the silver screen in the upcoming flick. He will be appearing alongside Prabh Grewal who will starring alongside the singer.

The movie also stars Nirmal Rishi, Harby Sangha, Priti Sapru and Karamjit Anmol, and has been directed by the famous Rai Yuvraj Bains.