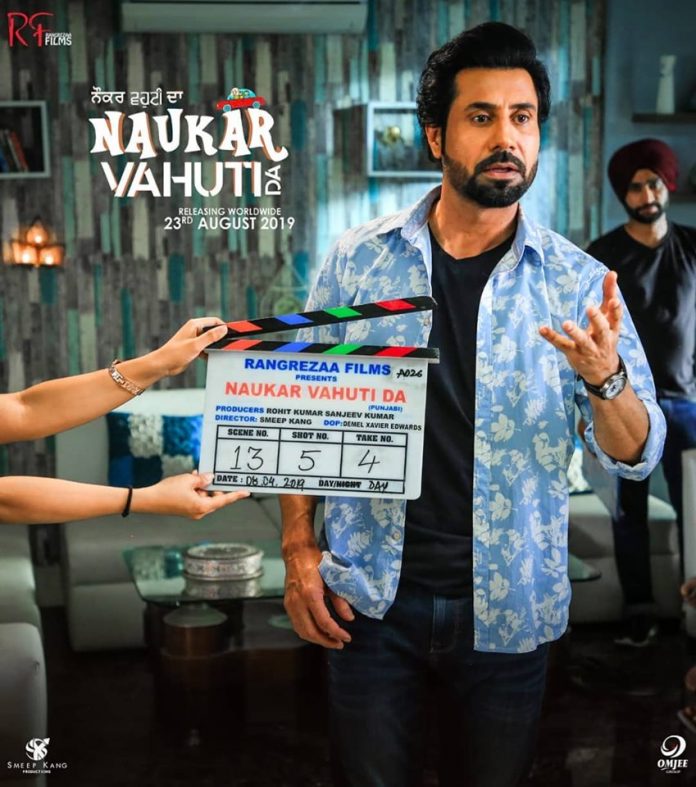 The makers behind the upcoming Punjabi movie ‘Naukar Vahuti Da’ have released the highly awaited trailer.

Last month, the first look via the poster was released which was able to give us a small indication on what the flick was going to be about.

The family orientated comedy drama sees Binnu playing a double role. In order to make things right between him and his on-screen wife, he wears a disguise to get closer to his wife and daughter. However, not everything pans out right.

The flick will be releasing on 23rd August, and has a star-studded cast featuring Gurpreet Ghuggi, Jaswinder Bhalla, Kulraj Randhawa, Preet Anand and many others!

‘Naukar Vahuti Da’ has been directed by Smeep Kang and has the right blend of genres which is sure to storm the Pollywood box office.