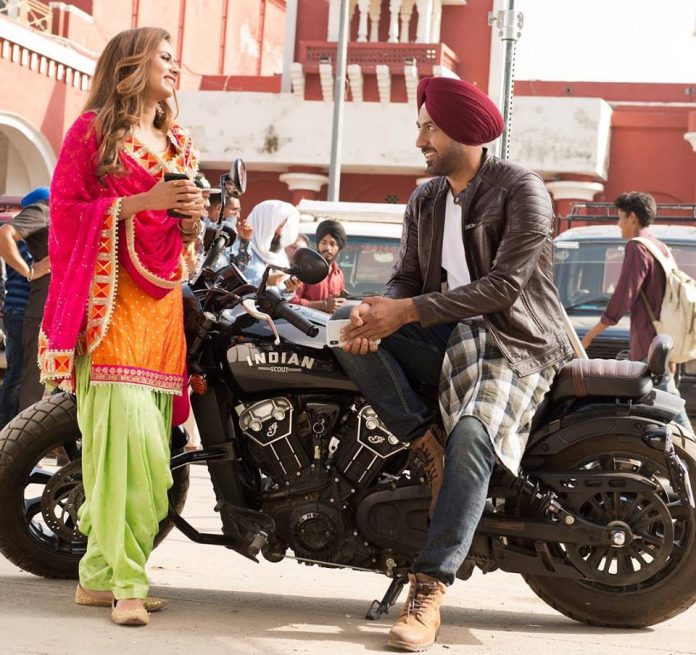 The makers behind the upcoming Punjabi movie ‘Chandigarh Amristsar Chandigarh’ have released the trailer for the flick.

2019 is looking to be a big year for Punjabi movies, as they are getting bigger and better. With a huge influx of flicks hitting our screens, they are all determined to make each one different.

‘Chandigarh Amritsar Chandigarh’ is looking to be one of those fresh new movies, with Gippy Grewal and Sargun Mehta taking the lead for this one. It will be the first time we will be seeing these two huge actors working with each other.

After sharing numerous posts on their social media accounts, the makers behind the flick finally released the anticipated trailer.

In the under 3-minute trailer, we see it open with Sargun Mehta’s character being told she must get married. She arrives in Chandigarh with every intention to decline the marriage proposal, but ends up meeting somebody else.

However, they both start to argue about which of their city is better. Sargun plays the role of a strong woman from Chandigarh where as Gippy Grewal plays the easy-going guy from Amritsar. The love-hate relationship between them will have you hooked, and wonder where they will end up going.

Even though it is a fresh pairing, their chemistry is very visible, and the two actors looks very comfortable with each other on screen. They have also been showing a lot of behind the scenes footage, where they also look like they are getting along with one another.

The Karan R Guliani directorial is set to hit in cinemas 24th May!