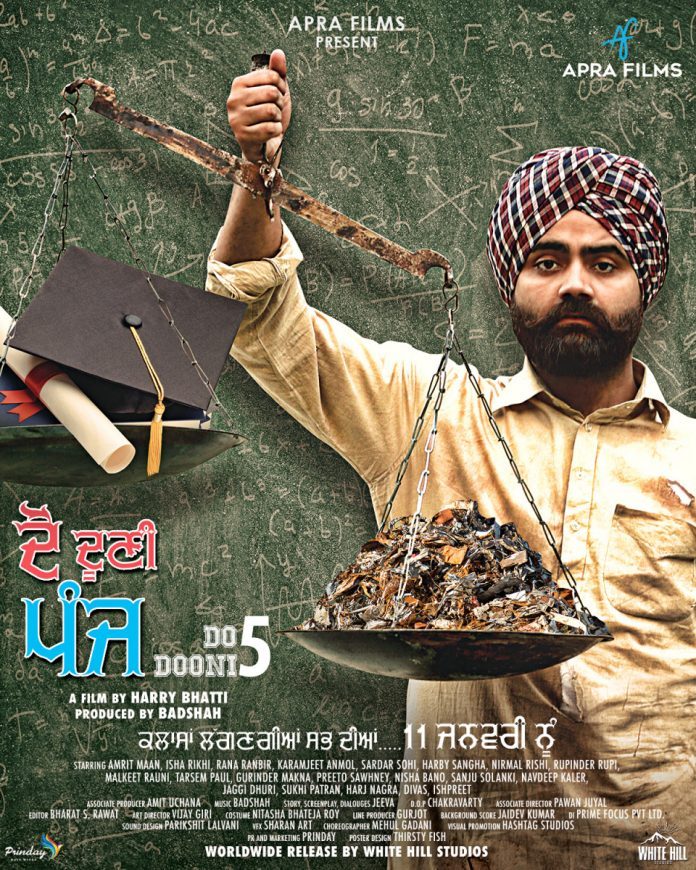 The trailer for the upcoming Punjabi movie ‘Do Dooni Panj’ has finally been released from the makers of the movie.

India’s biggest rapper Badshah has backed the upcoming flick, and is looking to bring a new concept to the Punjabi film industry. The teaser was released earlier this month, and the now official trailer has been launched.

The film stars Amrit Maan and Isha Rikhi in the leading roles, and features Rana Ranbir, Karamjit Anmol, Harby Sangha, Nirmal Rishi, Harj Nagra and many others. This is the first project Badshah will be hailing and speaking about the flick he said: “This film highlights the problem faced by today’s youth. Earlier the number of your educational degrees ensured you a good job which is no longer true today. I wanted to invest in an idea that nobody had really put their thoughts in.

APRA Films will always try and bring the concepts that are a beautiful amalgamation of entertainment and awareness. ‘Do Dooni Panj’ is exactly that project. We have tried to keep the fate of our protagonist under wraps in the trailer and really hope that people will look forward to know more when the film releases.”

‘Do Dooni Panj’ promises to be a fresh approach and a flick with a different storyline from what we normally tend to see in Punjabi movies. The flick is set to hit screens January 11th 2019.