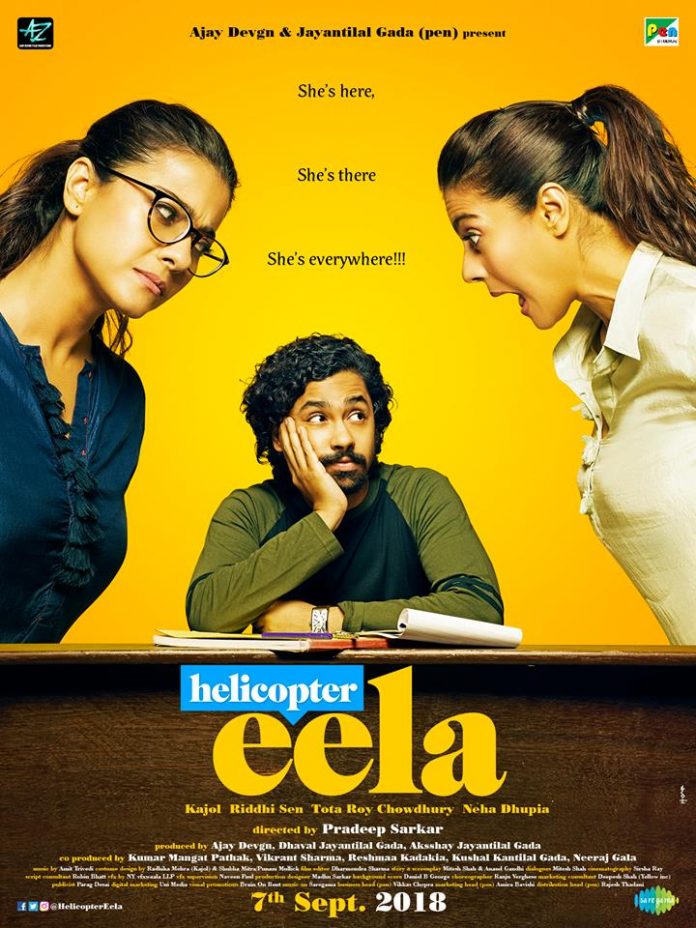 Bollywood actress Kajol shared the trailer for her upcoming movie ‘Helicopter Eela’ as a gift to her fans on her 44th birthday.

The movie is based around a single mother and her son, who’s life both change when Kajol’s character decides to go back into education after 22 years. She joins the same college as her son, which leads to a strain on their relationship and takes the audience on an emotional journey between mother and son.

In the trailer, we see Kajol playing Eela, who is a singing sensation and wants to go back to school and deicides to join her son’s college. Her son, played by Riddhi Sen, isn’t very happy with the decision as he’s afraid his peers will see her overprotective self at school as well.

The Bollywood actress marks her comeback to the film industry with this movie, and is working alongside her husband, Ajay Devgan, who is co-producing the movie.

We caught up with the actress to talk about the movie, her career and her on screen relationship with Shah Rukh Khan.