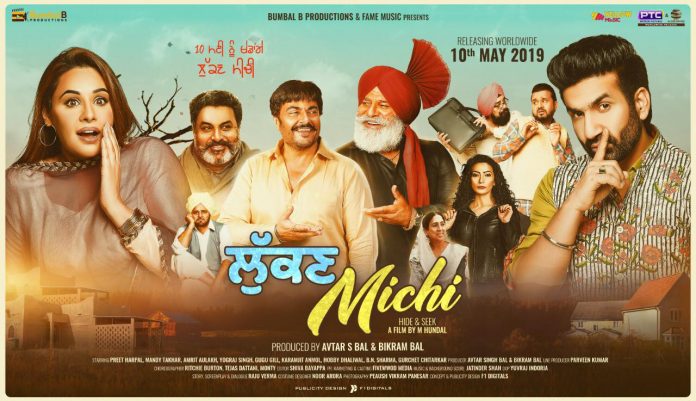 The makers behind the upcoming Punjabi movie ‘Lukan Michi’ have released the trailer.

It’s an exciting year for the Punjabi film industry, as we are seeing more experimental projects come out from the scene. We’re also seeing more new faces and new pairings. One of those flicks with a brand-new on-screen Jodi is ‘Lukan Michi’.

The flick stars Mandy Takhar and Preet Harpal who will be the lead actors. This will be the first time they will be sharing the same screen space together. This is also one of the five movies Mandy will be releasing this year. She is still riding on the success of ‘Band Vaaje’, which was released last month and starred Binnu Dhillon.

A first look was previously shared and was full of vibrant and bright colours, that enticed audiences. Now, the official trailer is here to give us a closer look at the upcoming movie.

By the look of the trailer, audiences are in for a treat as it is packed with a lot of fun twists in Preet and Mandy’s love story. Their budding romance gets them into trouble due to complications with the rivalry of Guggu Gill and Yograj Singh.

It is set to be full of laughs where family rivalry gets in the way of two lovers. The flick has a stellar cast including Karamjit Anmol, BN Sharma, Nirmal Rishi, Yograj Singh and many more.

‘Lukan Michi’ is set to hit cinemas on 10th May!