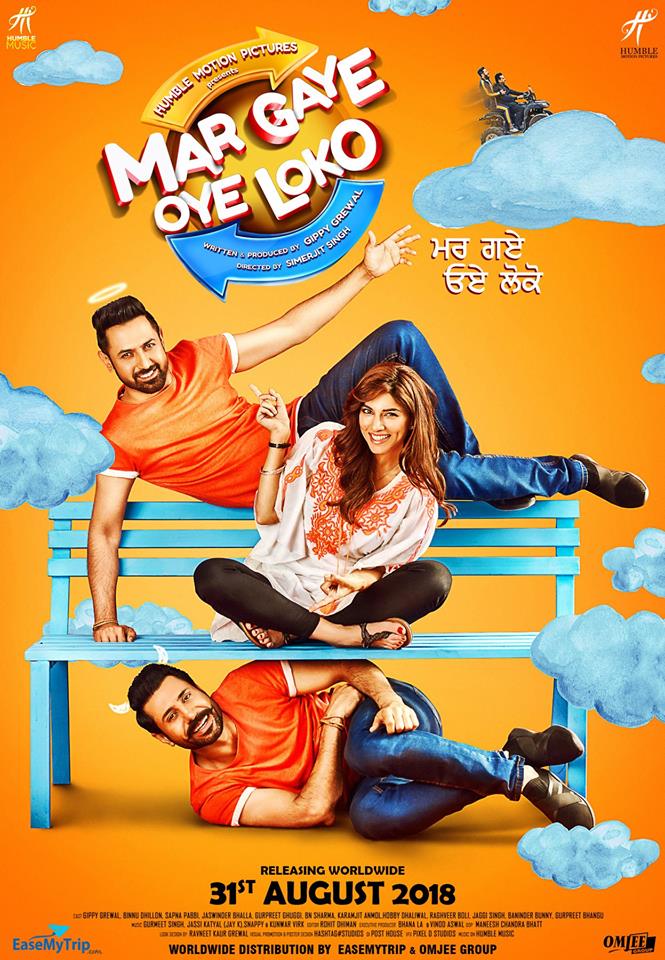 The trailer for ‘Mar Gaye Oye Loko’ starring Gippy Grewal and Binnu Dhillon has been released.

The nearly three-minute trailer for the highly anticipated comedy movie of the year is everything we ever could expect from this movie. It’s full of laughs and comic scenes, everything Punjabi movies are known for.

In the trailer, we see Binnu Dhillon playing various characters as his body is taken over by different spirits. This then leads to a lot of bad things happening, and even features some of the actor’s dancing with zombies.

The film features some of the biggest actors from the Punjabi movie industry such as Gippy Grewal, Binnu Dhillon, Sapna Pabbi, Gurpreet Ghuggi and many more.

‘Nikka Zaildaar’ director Simerjit Singh is back in the director’s chair for this movie, and will be working with Gippy Grewal for the second time, after working on ‘Subedar Joginder Singh’ together.

The teaser for the movie was shared last month, and fans have eagerly been waiting for the full trailer. The makers of the movie also released ‘Aaja Ni Aaja’ sung by Guru Randhawa, and the title track ‘Mar Gaye Oye Loko’, sung my legend Malkit Singh and Gippy Grewal.