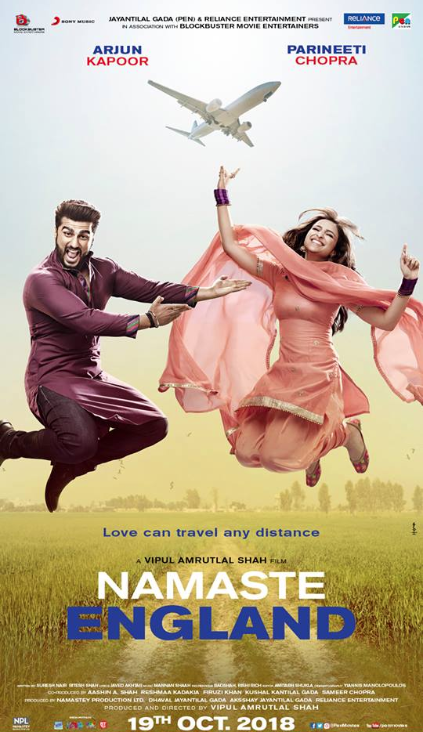 The makers behind the movie ‘Namaste England’, starring Arjun Kapoor and Parineeti Chopra, have released the trailer for the anticipated movie.

The highly awaited trailer was finally released after Parineet and Arjun sent their fans into a guessing game online, when they confused fans by each of the stars telling wrong dates. They then came clear and announced the official release date of the trailer.

Over the months, the pair have been creating a buzz about the movie, and we’ve seen the friends picking on each other on their socials. It’s the first time they will be hitting the big screen together since Ishaqzaade (2012).

The trailer shows us the full storyline of the movie and what we can expect from Arjun and Parineeti. The movie has been directed by Amrutlal Shah, and has been filmed in Punjab and London. It looks to be set in Punjab for the first half, where we see the field and Punjab settings in all its glory, and then London for the rest of the movie.

The movie is a typical Punajabi love story where the Bollywood stars fall in love with each other instantly, and of course there are restrictions due to strict families. So, both Param (Arjun Kapoor) and Jasmeet (Parineeti Chopra) meet and then marry secretly. The plot twist in the movie is Jasmeet longs to move to London to get a sense of freedom, and to accomplish her dreams. Param then follows her and travels to London illegally, to be with his wife.

The trailer will be tugging on your heart strings, and will take you on a rollercoaster of emotions. The movie portrays the Punjabi culture and romance.

‘Namaste England’ is due to be released October 19.