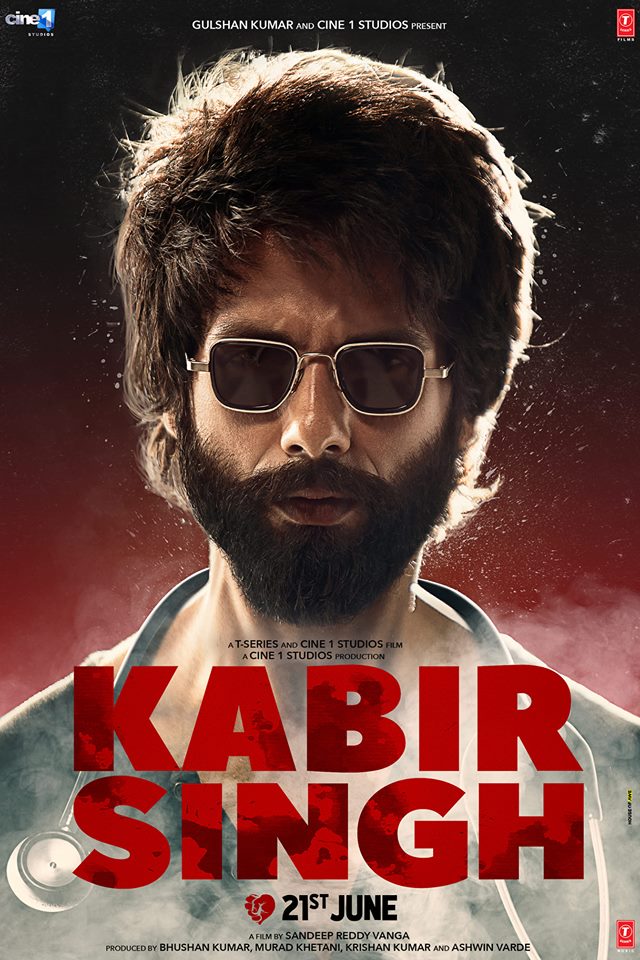 ‘Kabir Singh’ is the official remake of the Telegu hit film ‘Arjun Reddy’, which starred Vijay Deverakonda and Shalini Pandey in lead roles. The director of the original, Sandeep Vanga, has now returned to direct the Hindi version of the flick.

Shahid Kapoor plays the lead role in the movie, and is joined by Kiara Advani who plays his love interest. After the release of the teaser a few months ago, fans have been eagerly waiting for the trailer.

The trailer gives us a glimpse into the life of the flawless academic student Kabir (Shahid Kapoor) and how his life drastically changes when he meets the love of his life (Kiara Advani). She gets married off to another man, which forces Kabir to go in a downwards spiral.

We get a glimpse into Kabir spiralling out of control and turns to drugs and alcohol to deal with his loss.

Speaking about his role, Shahid said: “Talking about his self-destructive character in the film Shahid had said, “It was almost schizophrenic because the two worlds are such contrasts. Had I been single, living alone, I might have immersed myself in this dark zone for six months, as I did during ‘Udta Punjab’.

But this time I am married, a father, so I had to sanitise myself before returning home to protect my children from the negative energy. I couldn’t carry Kabir’s emotional baggage back, so I had to flip roles after pack-up. it took a lot out of me because not only does this character degenerate into a loner in a self-destructive mode, I had to also create three different silhouettes, one of which needed me to be out of shape.”