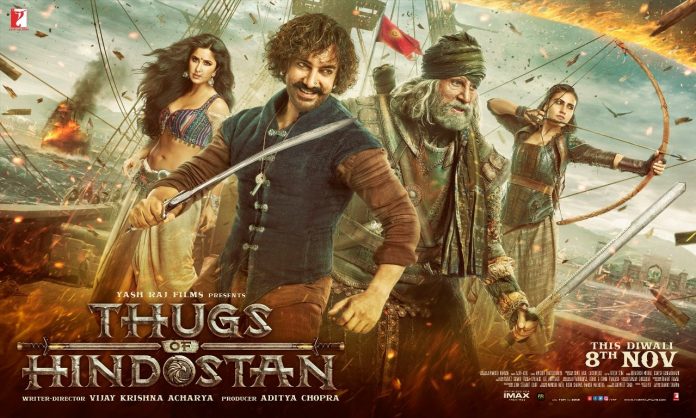 The trailer has now released for the upcoming Indian epic action-adventure film ‘Thugs of Hindostan’, written and directed by Vijay Krishna Acharya.

The film is based on the 1839 novel ‘Confessions of a thug’ by Philip Meadows Taylor’s. Releasing during the week of Diwali, 8 November 2018, this film has a star-studded cast, Amitabh Bachchan, Aamir Khan, Katrina Kaif, and Fatima Sana Shaikh.

Reminiscent of pirate culture and muniteering, this epic film will be packed full of action but interspersed with moments of comedy thanks to the character played by Aamir.

Keep an eye out because we’ll be bringing you more updates about the movie!