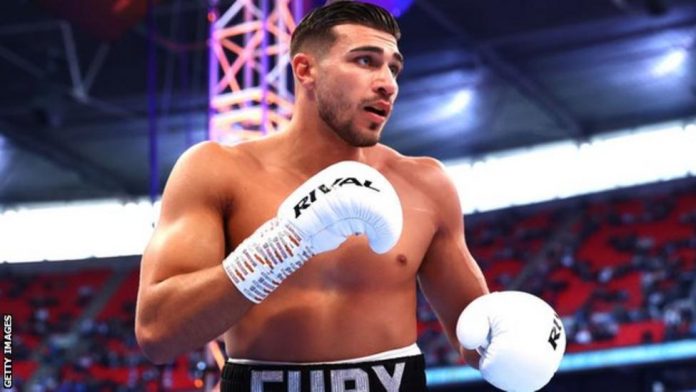 Tommy Fury has been denied entry to the US before his scheduled news conference with Jake Paul on Wednesday.

The British boxer is due to fight YouTube star Jake Paul on 6 August in New York.

But Fury revealed on social media he had been stopped by US authorities at Heathrow airport on Tuesday.

“I have no clue why they would not allow me to travel today and neither does any of my team or my lawyer,” he said.

“I’m trying to resolve it. I’m in the middle training, guys. It’s a massive shock to me and my team,” Manchester-born Fury added.

Fight organisers Most Valuable Promotions, founded by Paul, said in a statement the news conference had been “postponed” and they were “surprised” to learn of Fury’s issues.