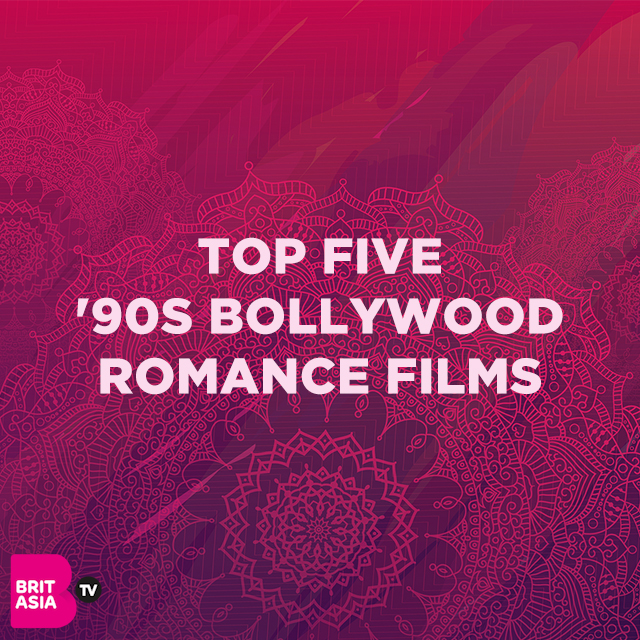 The ‘90s truly was the decade that defined Bollywood romance. The Khan’s dominated the box office and made us all fall in love.

But which movies stand out above the rest? Which are the most binge-worthy 90s Bollywood classics?

We’ve got the definitive list that will leave you with all those chasing after the train in lehenga feelings.

We cannot talk about ‘90s romance without mentioning this Bollywood romantic classic.

‘Dilwale Dulhania Le Jayenge’ is a true cult classic, the film cemented both Shah Rukh Khan and Kajol as superstars in the Bollywood industry.

This film was Yash Chopra’s son Aditya Chopra’s directorial debut and he truly made a film that cannot be recreated.

It wasn’t just the chemistry of Shah Rukh and Kajol, the songs, the script and the iconic lines all blended to create cinematic magic.

The film has been enjoyed by audiences for over 20 years and is still played in theatres in India, making it the longest running film as it has never left the Maratha Mandir theatre in Mumbai.

If you want to ‘come fall in love again’ which is the movie’s tagline, this will not disappoint.

This Aamir Khan and Manisha Koirala starrer is an endearing tale of ambition, love, separation, loneliness and reconciliation.

‘Akele Hum Akele Tum’ tells the story of Rohit and Kiran two aspiring musicians who fall in love and marry.

While Rohit pursues his career, Kiran ends up putting her dreams on the backburner.

She slowly begins to lose her sense of self as she busies herself in raising their son and dealing with domestic chores. 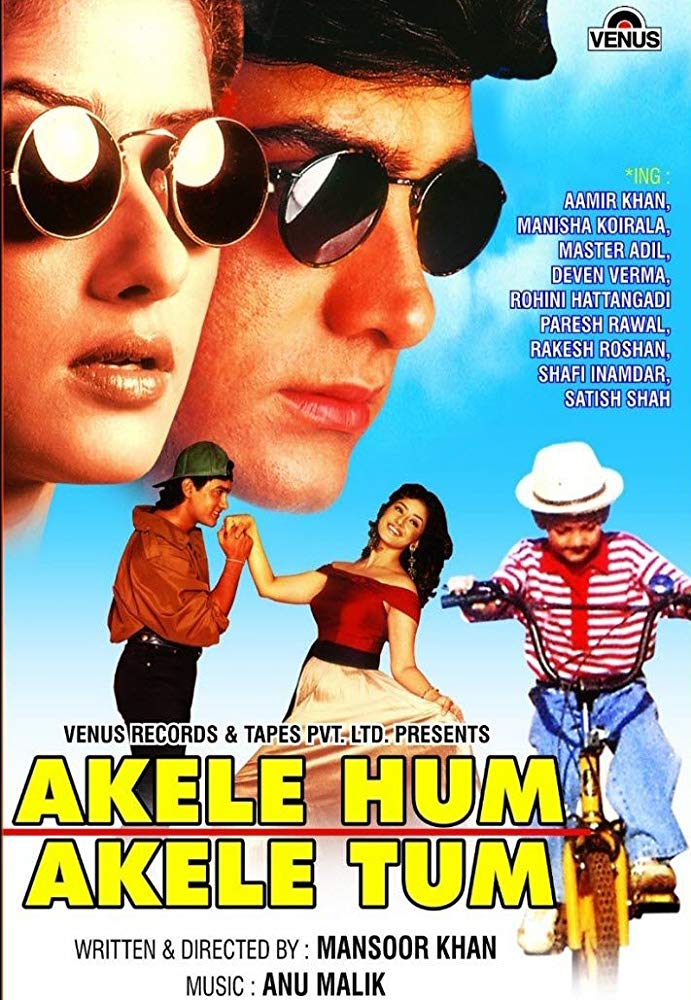 She eventually leaves Rohit with their son and pursues her dreams and she becomes a very successful actress.

Rohit still struggles to get a footing in his career however, in Kiran’s absence he becomes a wonderful father to their son, Sunil.

When Kiran returns the couple eventually battle for custody and go through a bitter trial which affects both of them very deeply.

The two however, do manage to reconcile but this film is an excellent example of Bollywood highlighting imperfect and very human love.

Aamir Khan and Manisha Koirala are both wonderful in this film.

‘Akele Hum Akele Tum’ highlights two quite flawed characters who fall in love and endure issues which many people experience.

It’s a very sensitive and thought-provoking film which is sure to pull at the heartstrings.

The film that brought the now controversial pairing of Aishwarya Rai Bachchan and Salman Khan together is another Bollywood romantic classic.

‘Hum Dil De Chuke Sanam’ has been highlighted as one of Aishwarya’s strongest performances as the fiery Nandini.

Sanjay Leela Bhansali experimented with the idea of a love triangle with this film which is centred around Nandini (Aishwarya Rai Bachchan), Sameer (Salman Khan) and Vanraj (Ajay Devgn).

Sameer and Nandini fall in love while Sameer is learning music from Nandini’s father, when her parents learn of the affair they immediately kick Sameer out and Nandini is forced to marry Vanraj.

When Vanraj learns the truth of his wife’s past he sets out to reunite the lovers but along the way Nandini begins to develop feelings for Vanraj which creates quite the quandary.

This film was hugely popular in the box-office and won an array of awards when it released.

If you enjoy the twists and tribulations of a good love triangle this Bhansali film is sure to do the trick.

‘Dil To Pagal Hai’ is the epitome of ‘90s Bollywood romance. From its dreamy swiss dances sequences to the idea that there is ‘someone out there for everyone’.

It oozes the innocence and warmth of ‘90s Bollywood romance, ‘Dil To Pagal Hai’ has been noted as one of Yash Chopra’s best in his career.

Rahul is a playwriter and he stages musical shows where his star dancer is Nisha, Nisha becomes injured and Rahul requires a new dancer.

He happens upon Pooja in a chance encounter and feels she has the ability to take Nisha’s place.

Both Nisha and Rahul are polar opposites, Nisha is a romantic who believes in fate, destiny and soul mates. Whereas Rahul is a self-admitted commitment-phobe who struggles to see the logic or sense in a long-term relationship.

When Nisha goes against her gut and becomes engaged to Ajay, she slowly realises she has feelings for Rahul, which Rahul reciprocates.

This tale has many twists and turns and takes the audience on a journey which explores the concept of pre-destined love.

‘Dil To Pagal Hai’ was the highest grossing film of the year worldwide and is still appreciated for its story, sentiment and songs.

Mahesh Bhatt directed this ’90s cult classic, upon its release theatres were sold out and ‘Aashiqui’ was considered a box-office success.

Bhatt wanted to showcase an unknown face for his heroine and so he selected Anu Aggarwal to play Anu and Rahul Roy to play Rahul.

Anu and Rahul have a chance encounter in a police station where Rahul decides that he is in love with Anu.

Rahul and Anu experience many tribulations in their courting. Including Anu’s sudden success and stardom.

The film explores the idea of love at first sight and has a host of timeless songs.

One of which ‘Dheere Dheere’ was remade by Yo Yo Honey Singh in 2015.

A later sequel was created titled ‘Aashiqui 2’ and that too was a box office success.

‘Aashiqui’ while being a low-budget production was a smash hit when it released, largely due to its soundtrack.

The film’s poster which was a shot of the lead actors under a jacket became an iconic symbol of Bollywood romance which was later reused for ‘Aashiqui 2’.

Bollywood and romance became synonymous with one another in the 90s. This list showcases the 5 best productions within that period.

So, if you are feeling nostalgic, these films are sure to do the trick.