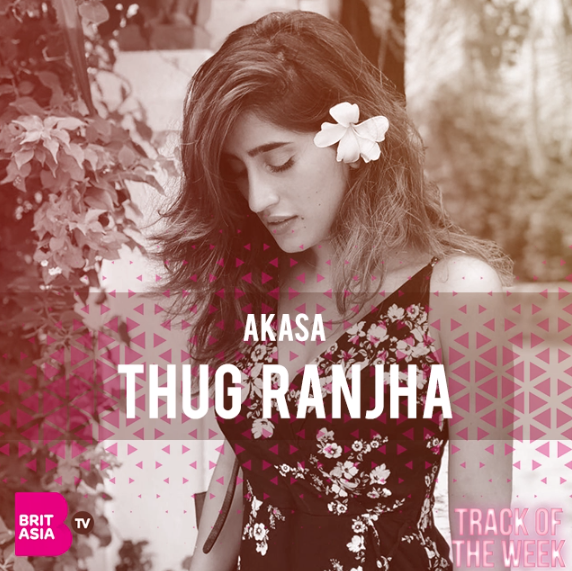 This week, our Track of the week goes to Bollywood pop singer Akasa for her latest catchy track ‘Thug Ranjha’.

Akasa’s latest track has been storming the charts in India, and became the most viewed Indian video worldwide when it was released. The catchy track is definitely one for the girls, with Akasa singing about how to be strong and getting over heartache, which is a huge contrast to the normal romantic tracks that are more frequently released.

‘Thug Ranjha’ has already gathered over 25 million views on YouTube, and is set to be a summer anthem which is sure to get people in the dancing mood.

Talking about the track and working with Sony Music, Akasa said, “Collaborating with such a talented team made it extremely fun to work on a song from scratch. I could not have done it without them.”

It has been written and composed by Bollywood hit maker, Vayu, and Akasa’s powerful vocals shine through. Check out the track below and on BritAsia TV.