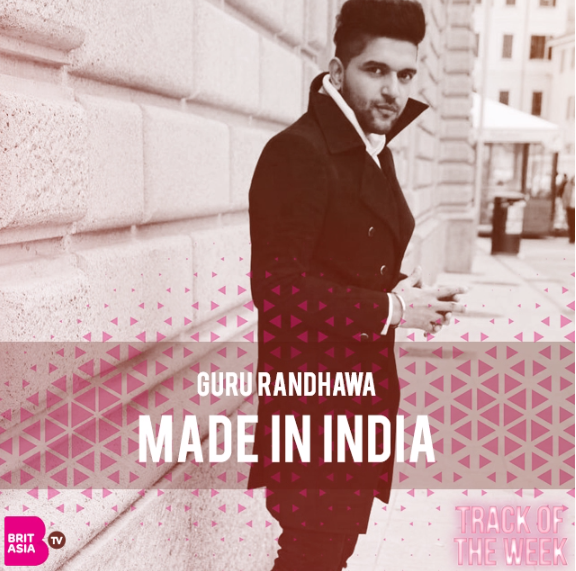 This week, our Track of the Week goes to Punjabi singer Guru Randhawa for his latest track ‘Made in India’.

The highly anticipated track from the ‘Lahore’ singer finally dropped on the 6th June, to the joy of his many fans around the world.

It’s another catchy track from the Punjabi singing hit maker, which features Iranian model and actress Elnaaz Norouzi, who plays Guru’s love interest in the music video. He’s gone even bigger for the music video for ‘Made in India’ and filmed it in the fashion capital of the world, Milan, Italy.

The romantic track has sure been swooning Guru’s fans, and the YouTube figure of over 38 million views, shows that it is another hit to add to Randhawa’s ever growing list of successful tracks.

Guru has been working hard lately and is now on his ‘High Rated Gabru’ touring India and performing in various cities and later on this month, he will be joining some of the biggest Bollywood names such as Salman Khan, Katrina Kaif, Jacqueline Fernandes and many more to tour the US on the ‘Da-bangg: The Tour Reloaded’.

Check out ‘Made in India’ by Guru Randhawa below and on BritAsia TV.