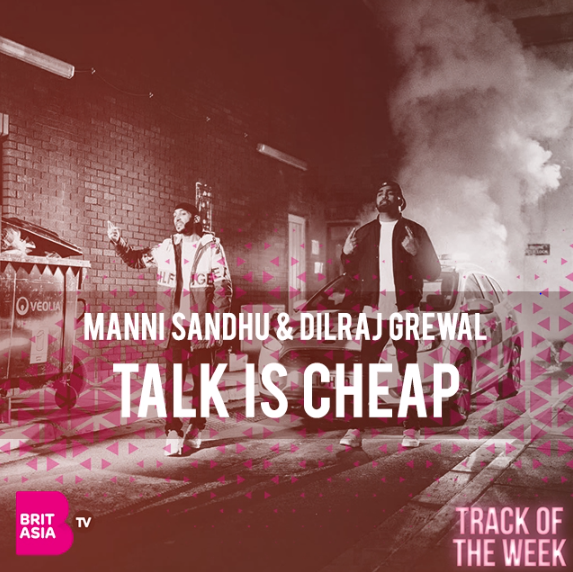 This week, our Track of the Week goes to Manni Sandhu and Dilraj Grewal for their latest track ‘Talk is Cheap’.

Fans of the British Asian producer, Manni Sandhu, have eagerly been waiting for new music from Sandhu, after his previous release ‘Gani’ in 2016 which featured Punjabi singer Akhil.

‘Talk is Cheap’ has been well received by fans and music lovers, and the video of the track has already racked up over 870,000 views after it’s release a week ago.

The video for the track is just as exciting! It has been shot in disused prison, giving an authentic look and shows the diversity of the track. It was directed by Chas Appeti, who is the UK’s most sought-after music directors who boasts a catalogue of working with the likes of Krept and Konan, Lethal Bizzle, Skepta and many more.

The music producer has announced he has more projects in the pipeline, and we’re sure we can expect more big hits from him.

Check out ‘Talk is Cheap’ below and on BritAsia TV.