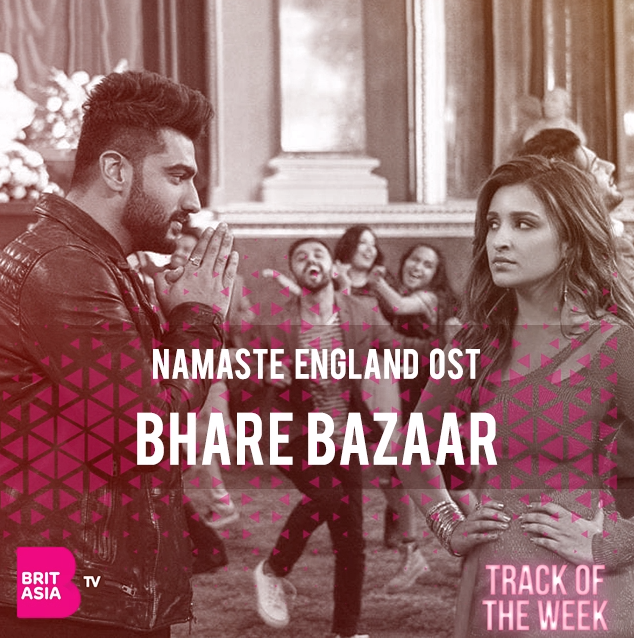 This week, our Track of the Week goes to ‘Bhare Bazaar’ from the upcoming movie, Namaste England, starring Arjun Kapoor and Parineeti Chopra.

The track from the soundtrack has already accumulated over 12 million views since its release on Tuesday. ‘Bhare Bazaar’ is the second song to be released from ‘Namaste England’, after the romantic track ‘Tere Liye’ sung by Atif Aslam.

‘Bhare Bazaar’ has been reproduced from Rishi Rich’s 2006 album, The Project, and revamped for the Bollywood movie. The newer version features Indian rapper Badshah Vishal Dadlani, Payal Dev, and B Praak with Rishi Rich still on production alongside Badshah.

The dance track will instantly make you want to dance along with it, and the video has the similar effect. The hook step of the song is sure to make you want to join in and the surprise cameo of Badshah is enough to make any Badshah fan happy.

Namaste England, directed by Vipul Amrutlal Shah, is due to hit the big screens on October 19th this year, where we can witness the relationship between Jameet and Param unfold in front of us.