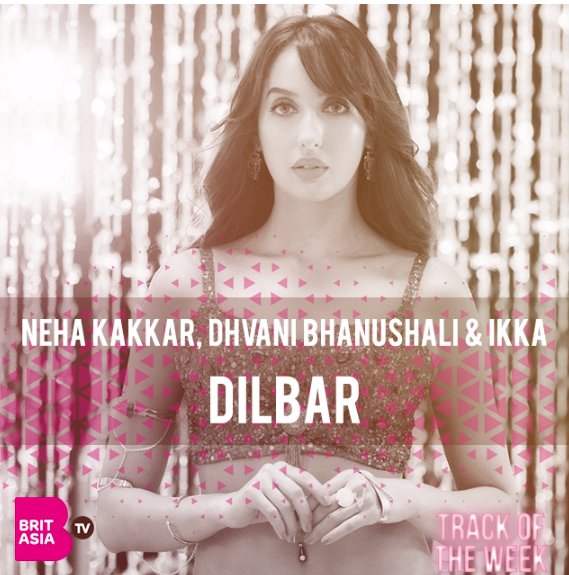 This week, our Track of the Week goes to Neha Kakkar, Dhvani Bhanushali & Ikka for ‘Dilbar’ which will be featuring in the upcoming Bollywood movie ‘Satyameva Jayate’.

The Bollywood song is a remake of the original ‘Dilar Dilbar’, which was sung by Alka Yagnik back in 1999 for the Bollywood movie ‘Sirf Tum’, which featured Sushmita Sen and Sanjay Kapoor.

In the revamped version of the Arab inspired track, it features Nora Fateh, who was the main lead in Harrdy Sandu’s music video for ‘Naah’. We see her showing off her seductive belly dancing moves, whilst impressing Bollywood actor John Abraham. The dancer looks striking in the video, donning a red Arab inspired 2 piece, whilst we see her strutting her stuff to the remake of ‘Dilbar’.

The song has become the fastest song to garner over 100 million views, and has become the first Indian song to reach number 3 on the Billboard YouTube charts. The belly dance number has passed Punjabi singer Guru Randhawa’s remake of ‘High Rated Gabru’ and ‘Zingaat’ from the upcoming Bollywood movie ‘Dhadak’.

Nora took to her social media to express her gratitude to her 1.4 million fans, and shared the making of the song showing her determination on getting her dance perfect for the classic song.