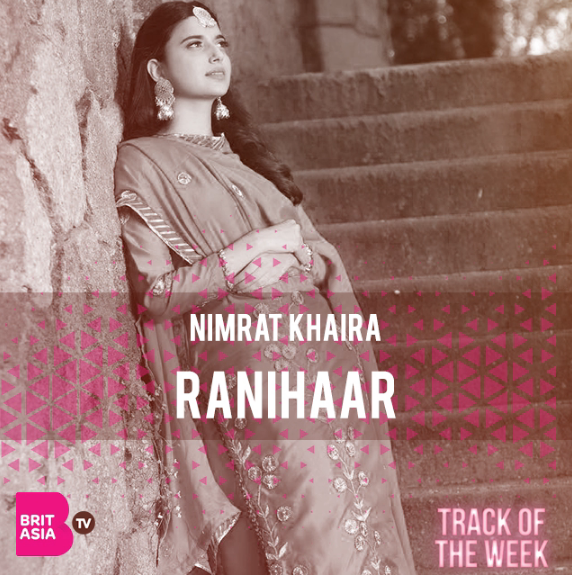 This week, our Track of the Week goes to Nimrat Khaira’s latest track, Ranihaar.

This song was a surprise announcement on the Punjabi singer’s birthday, and came to the delight of her many fans. It had been nearly eight months since the releases of her previous tracks, ‘Brober Boli’ and ‘Designer’.

‘Ranihaar’ has been produced by Preet Hundal, who worked with Nimrat Khaira previously on Suit, which also featured Punjabi singer Mankirt Aulakh. The Bhangra heavy track is accompanied by a stunning video, which was directed by Sukh Sanghera.

Since the release of the track, the video has already gathered over seven million views, and we’re sure it will rise with popularity over the next few days.

On the film side, Nimrat is due to be featuring in a Punjabi movie alongside Punjabi singer Tarsem Jessar.