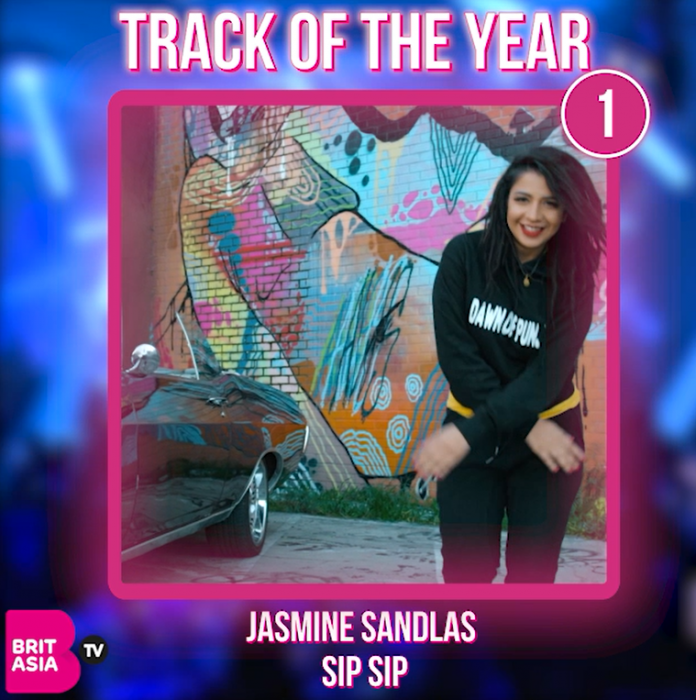 This year has been a big year for the Asian music scene, with endless releases and singles being released near enough every day. However, there is one stand out track that had everyone dancing and was one of the most highly anticipated tracks of the year, thanks to many teasers by the singer.

Jasmine Sandlas first performed the track for the first time at Asian Network Live and then again at BritAsia TV’s first ever Punjabi Film Awards. We then had to wait a few more months until the official release of the track, but when it dropped it was played on repeat!

Our Track of the Year for 2018 goes to Sip Sip by Jasmine Sandlas!

The track has garnered over 61 million views on YouTube, and has probably been the most requested song at weddings and parties all around the world. The ‘Gulabi Queen’ hasn’t disappointed this year, and has been releasing hit after hit.

She’s due to release her third album soon, and even hinted on her Snapchat she has another one ready as well. We’re sure will be hearing more from Jasmine Sandlas in 2019!