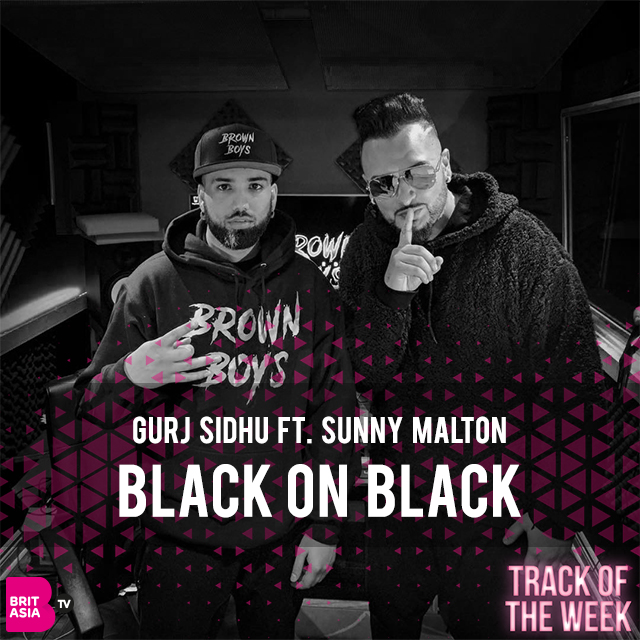 This week, our Track of the Week goes to Black on Black by Gurj Sidhu featuring Sunny Malton, and produced by BYG BYRD.

The track was undeniably one of the most anticipated singles to be released this year, after it was announced that UK artist Gurj Sidhu would be teaming up with Byg Byrd, who has been releasing hit after hit with Canadian Punjabi singer Sidhu Moose Wala.

Black on Black has an urban sound to it, that Byg Byrd has become known for and with Gurj’s powerful Punjabi vocals, the combination of the pair makes this one a winner.

The track that has been released with Humble music, has already racked over 500,000 views, and went straight into the top 10 in India’s pop chart.

Check out Black on Black by Gurj Sidhu featuring Sunny Malton below and on BritAsia TV.