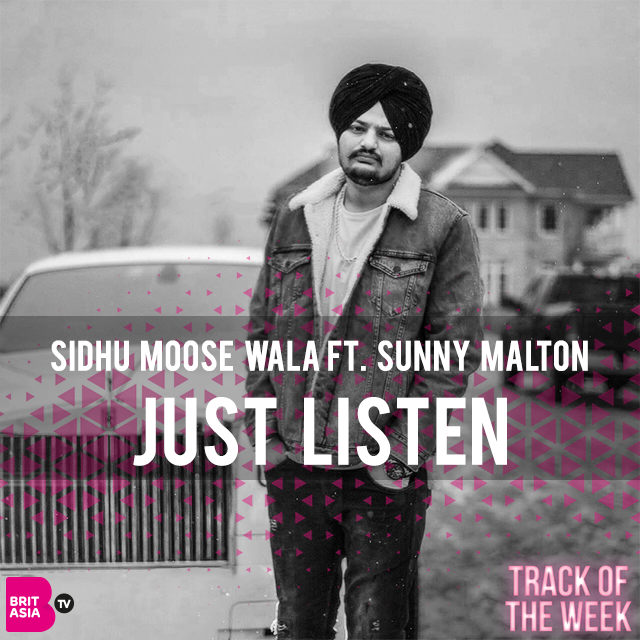 This week, our Track of the Week goes to Sidhu Moose Wala featuring Sunny Malton, for their latest track, Just Listen.

Last year, we saw Moose Wala release his debut single, ‘So High’, that featured producer Byg Byrd. The track went on to reach over 53 million views on YouTube, and was a hit in the industry.

He then went on to release his second track, ‘Issa Jatt’ that was again received with a positive reaction, and was again successful in the industry.

Sidhu Moose Wala has now released his first track of 2018, Just Listen, which is clearly a track for the ‘haters’.

The track is different from his other singles he has released, and the singer describes his musical journey, and what he has been through since being in the industry.

The inspiring message of the song is ‘Let’s stop the hate and learn to love’, which was written by Moose Wala himself.

Just Listen has been well received and has already accumulated over 6 million views on YouTube within a week.

Check out Just Listen by Sidhu Moose Wala featuring Sunny Malton below and on BritAsia TV.