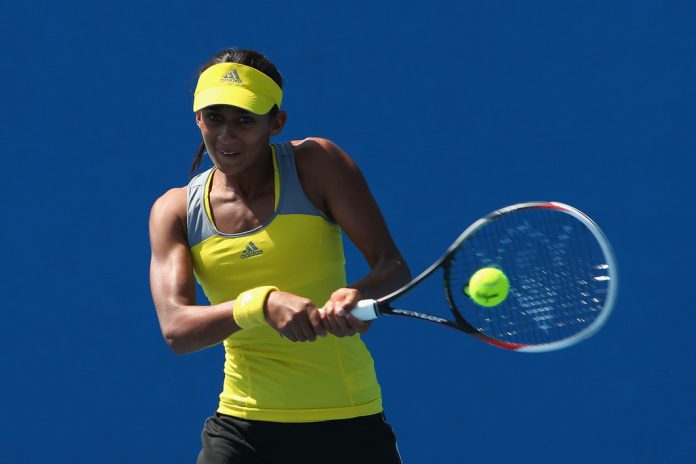 Naiktha Bains, who has qualified for the LTA Women’s doubles will today play in this year’s Viking Classic Birmingham.

Bains, who is an Australian-British tennis player will play alongside Czech qualifier Thereza Martincova today in the Viking Classic Birmingham.

According to LTA’s official website, British players Heather Watson, Harriet Dart and Fran Jones will all be in action on day one of this year’s grass court tournament. Watson will be up against Swiss Viktorija Golubic on the Ann Jones Centre Court, while Dart will face a first round match against former WTA Top 10 player Caroline Garcia.

2011 US Open champion Samantha Stosur is one of two Grand Slam singles champions in the draw (along with 2017 Roland Garros winner Jelena Ostapenko) and will play her first match since January against Czech qualifier Thereza Martincova on Monday. Top seed Elise Mertens will also be in first round action, against Ajla Tomjanovic.

Sunday saw the final round of qualifying completed and included a “notable win” for renown grass-court player Coco Vandeweghe, the LTA said.

Vandeweghe and Stosur will also team up for doubles, as will Dart and Watson, who are one of three all-British teams in the doubles draw alongside Emily Webley-Smith and Sarah-Beth Grey and Tara Moore playing alongside Eden Silva.

Bains has won two singles and twelve doubles titles on the ITF Women’s Circuit. On 23 December 2019, she reached her best singles ranking of world No. 202. On 24 September 2018, she peaked at No. 134 in the doubles rankings.

The Lawn Tennis Association is the national governing body of tennis in Great Britain, the Channel Islands and the Isle of Man. The organisation was founded in 1888 and seven-time Wimbledon champion William Renshaw was elected as its first president.