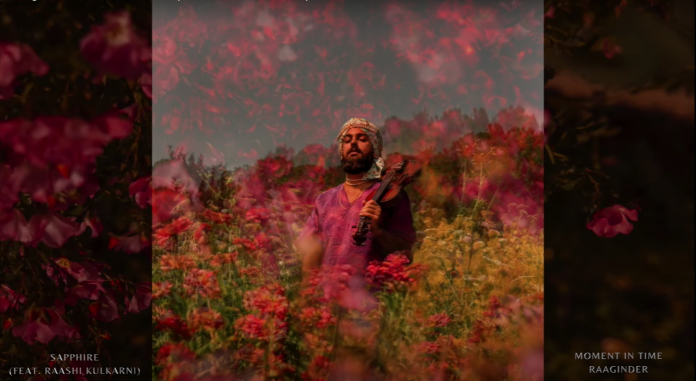 Raaginder has returned with the blend of Indian classical and Hip-Hop which exudes through the silky sounds of the violin in his most recent album.

The project was conceived during a period of time where he was going through transformative changes by strengthening his connection to the universe.

The compositions in this album are an embodiment of the experiences that appeared through moments of his life. The themes throughout this album consist of joy, love, longing, and excitement, all human emotions that we feel, especially in specific moments in our life.

On the heels of the album’s first single Fade Away released in April 2020, Ghar Aaja is the artist’s next lead single off the album which blends three elements; Punjabi lyrics, violin, and experimental trap.

Directed by Achint Sidhu, the Ghar Aaja music video is a lifestyle video that encapsulates various moments that frequently appeared in Raaginder’s life. In addition to the album, Raaginder will also include vinyls and apparel in his launch which promotes the lifestyle of being present in the moment.

Raaginder is a violinist and music composer from the San Francisco Bay Area. Hailing from the school of Maihar-Seni Gharana, Raaginder implements improvisation, rhythmic patterns, and the sounds of Indian Classical music on the violin. He has taken these ancient traditions and constructed a sound of his own in which the melodies of Indian classical and beats of hip-hop intertwine.

These sounds ring true in Raaginder’s self-produced projects which are released independently. He has performed in prominent venues all over the world such as The White House, Staples Center, Wembley Arena, Kennedy Center and many more. Raaginder’s art brings forth a new, intense, and interesting sound for his audiences to hear.