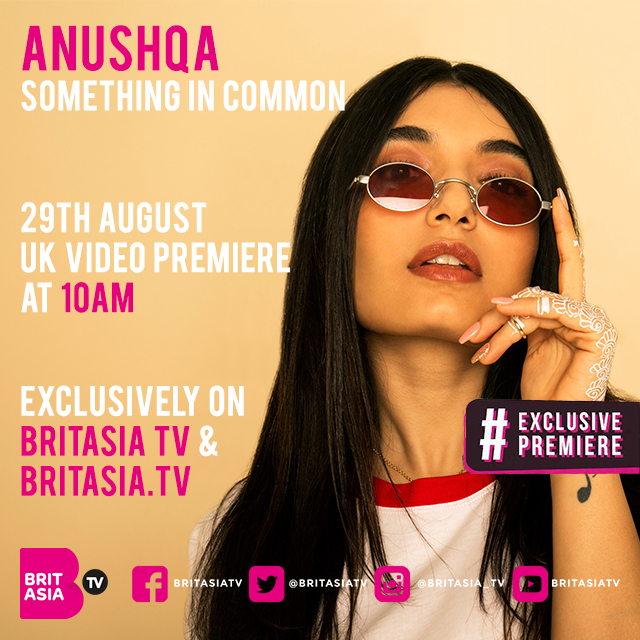 Iconic UK label, Virgin EMI, is presenting an exciting new international pop artist, Anushqa, who has released her debut single ‘Something in Common’.

Virgin EMI has joined forces with the team at Universal Music India to create this unique and dynamic collaborative force.

The singer’s latest track, Something in Common, has been written and composed by Rishi Rich, and cutting-edge British director duo Sophie + Robert have shot the video in London for the track.

“Something in Common” is a sexy upbeat pop / dance track with an ethnic vibe to it, a perfect blend of East meets West. The stunning music video showcases Anushqa’s dancing talents as she leads a group of dancers in a strong visual performance brimming with attitude and verve.

Ted Cockle, President, Virgin EMI Records said, “Anushqa is an artist with a killer voice, youthful beauty, and an overall vibe that matches up with the best global pop talent.

She has such infectious energy that the journey with her will be so much fun too. This is a true first of India and the UK combining efforts in the modern pop landscape!”

Check out the video for the track below and on BritAsia TV.