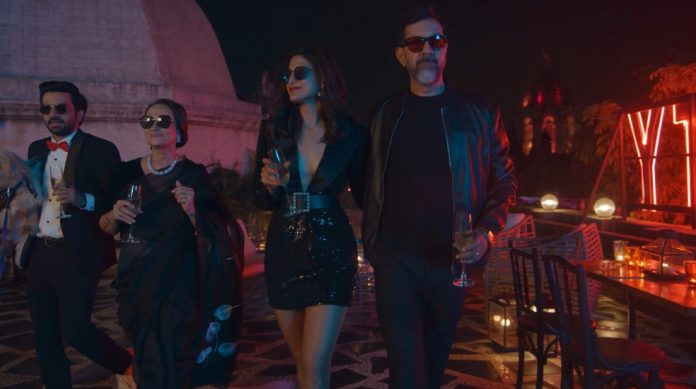 The series is produced by Applause Entertainment in association with Banijay Asia. In the show, four savvy, street smart talent agents manage fragile star egos to save their agency from closure after the sudden death of the founder.

Billed as a funny, quirky, heartwarming take on the world of showbiz, Call My Agent: Bollywood, is written by Abbas & Hussein Dalal and directed by Shaad Ali – of Saathiya and Bunty Aur Babli fame.

The cast includes Aahana Kumra (Lipstick Under My Burkha), Ayush Mehra (Please Find Attached), Rajat Kapoor (Kadakh) and Soni Razdan (Yours Truly) in the lead roles. In addition, a host of Bollywood stars will play cameos as themselves.

Commenting on the development, Sameer Nair, CEO, Applause Entertainment, said: “At Applause, it has been our endeavour to curate and create the best stories from across the world. ‘Call My Agent: Bollywood’ is a show that has been delightfully reimagined to showcase the colourful world of Bollywood through humour and heartwarming emotions.”

Monika Shergill, VP, Content, Netflix India said: “We are excited to partner with Applause Entertainment to bring an Indian adaptation of Dix Pour Cent, a French comedy drama series that has a huge following on Netflix. Call My Agent: Bollywood is an Indian twist with a heady mix of quirky writing and a marvellous cast making it a delightful watch.”

Dix Pour Cent has spawned several adaptations: The Turkish version Menajerimi Ara, produced by Ay Yapim aired on Star TV. A British version is under production for Amazon Prime Video, while a South Korean version is being developed by Studio Dragon.

From Priyanka Chopra to Salman Khan, find out how your favourite celebs celebrate Raksha Bandhan