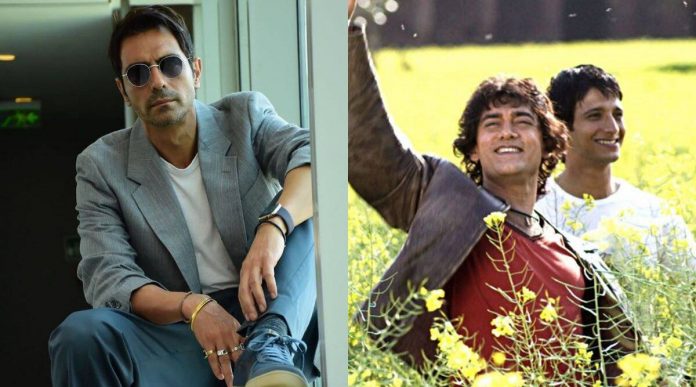 At one point in his career, actor Arjun Rampal took his fans by surprise when he walked out of filmmaker Rakeysh Omprakash Mehra’s Rang De Basanti, which later emerged as one of the most iconic hits in Bollywood. The film, which starred Aamir Khan in the lead role, revolves around a young filmmaker who hires college students to play freedom fighters in her film. However, after realising the rot in the government, the students become fierce patriots and take radical steps to set things right.

During his appearance on Koffee With Karan in 2005, Arjun Rampal opened up about why he backed out of the film. “I had a problem with the director. I was signed for the film, I had a new look and blocked my dates. It just became very confusing, because the director was very confused. I’m happy it didn’t work out in a way, because Rakeysh was very confused about the script, he was very erratic, some days he would be like ‘This is the way I want to do it’… and ‘You’re my character, oh are you my character?’ When someone is this confused, it’s best to say ‘I can’t work with you and good luck’.” As per reports, Arjun was supposed to play the role of Karan Singhania, essayed by Siddharth eventually.

When KJo mentioned that Arjun had blocked three months of bulk dates and if it still bothered him, he answered, “I think it is very unprofessional to do that to an actor. Yes, there was good amount of work coming to me and good work—and so people who were meant to be coming to me, didn’t come. I have lost out on work, it’s okay, everything happens for the best. I’m not holding anything against anyone.”

After KJo pressed further if he held anything against Aamir Khan, Arjun answered, “I had heard rumours that Aamir Khan does take a keen interest in his films and I would have loved to work with him. But to full respect to him, he did have a lot of fears that he put on the table and I hope all those fears are sorted now and can make the film that he wants.”