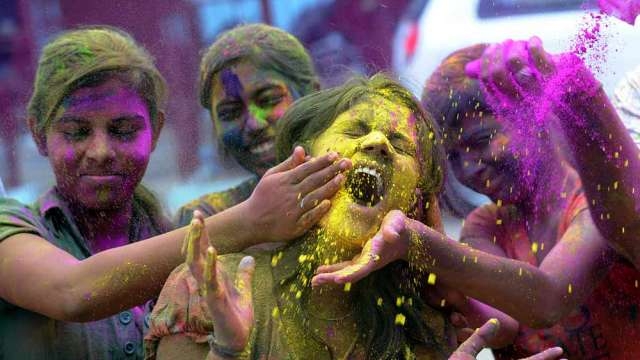 Holi is a festival recognised world-wide, it’s known for throwing a powder on each other that leaves you covered in colour.
There are many different traditions that take place during Holi which come from the Hindu religion.
The night before the festival, people light bonfires to celebrate the idea of the victory of good over evil and kids usually find objects that they would like to set alight. 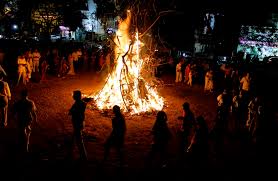 On the day people run around the streets of India celebrating with their friends and family throwing the coloured powder. Not only is it to celebrate the beginning of spring, but the main reason comes from the legend of Krishna whose skin was blue. He was worried he would never find love, therefore he threw colour at Radha, a girl he loved, so she was also of a different colour like him. Holi therefore celebrates Krishna and Radha’s love as it symbolises that age, looks or social class are irrelevant when it comes to love. 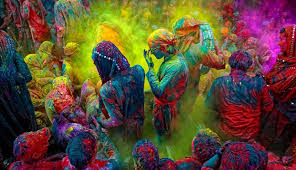 Sikhs also celebrate Holi, however the holiday is usually referred to as Holla Mahalla. It begins on the first day of the Lunar of Chet in the Nanakshahi calander, the festival is known as a day given by Guru Gobind Singh for Sikhs to learn and practice and demonstrate military exercises, whilst holding fake battles.

Traditionally the powder was made from flower extracts and turmeric, however today other versions are preferably used. The colours of the paint also represent the different meanings of Holi, green meaning spring and new beginnings, blue associated with Krishna and red symbolising love.
However, Holi is now celebrated world-wide but is also becoming more westernised and condemned for cultural appropriating the festival. Coldplay in their music video ‘Hymn for the weekend” has been criticised, along with many raves and other western festivals that have been inspired.