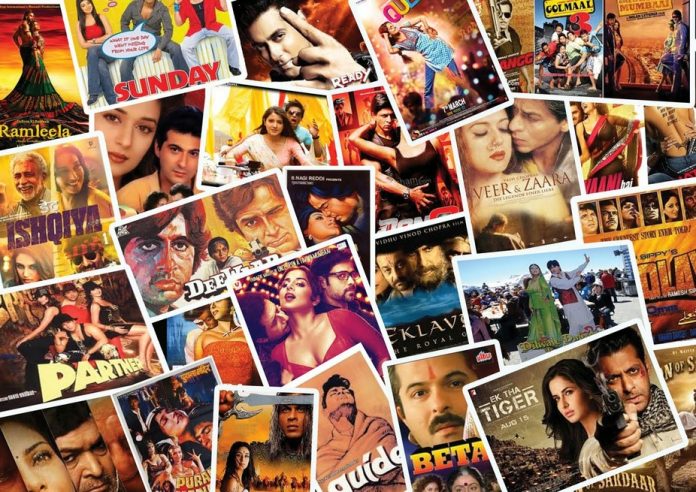 It appears remakes are making a sudden return to Bollywood cinema. Recently the shooting for a remake of the classic, ‘Pati Patni Aur Woh’ (1978) has started.

The film has been casted with Kartik Aaryan, Bhumi Pednekar and Ananya Pandey set to reprise the iconic roles of this original love triangle.

This of course, is not the first time Bollywood has taken an old, classic film and attempted to breathe fresh life into it. There have been previous attempts to bring an old story to a new audience.

‘Devdas’ is the classic tale of love, society, alcoholism and eventual ruin. Both films were based on the novel of the same title by Sharat Chandra Chattopadhya.

The original film starred Dilip Kumar in the titular role, Vyjayanthimala as ‘Chandramukhi’ and Suchitra Sen as ‘Paro’ or ‘Parvati’.

While the 1955 classic was successful in its narration of this iconic and destructive love triangle, it did not compare to the reboot’s success.

Sanjay Leela Bhansali decided to take a fresh look at ‘Devdas’ in 2002, casting Shahrukh as the iconic drunkard tortured lover – Devdas. With Aishwarya Rai Bachchan playing ‘Paro’ and Madhuri Dixit completing the casting as ‘Chandramukhi’; it was clear Bhansali was producing a film that would be larger than life.

‘Devdas’ (2002) is still noted as one of Bhansali’s most successful films, it solidified Aishwarya’s presence in the Bollywood industry as a whole.

The reboot of the 1955 classic was overwhelmed with awards and was even nominated for the ‘Best Foreign Language Film’ at the British Academy Film Awards.

Suffice to say, ‘Devdas’ is the perfect example of when a director reboots a classic Bollywood film successfully.

Bhansali’s attention to detail and now infamous love for grandeur and opulence, enhanced the tale of ‘Devdas’ in ways it’s 1955 counterpart could not.

The 1970s classic showcased the ‘angry young man’ Amitabh Bachchan in one of his most iconic roles till date.

‘Don’ looks at the gritty crimeworld, with the plot centralising around an elusive and dangerous drug-lord ‘Don’. The film then reflects a tale of good and evil as the police aim to source the ring-leader of this criminal activity.

‘Don’ in the 1970s inspired many youths and gained cult status amongst film fans. When reports first emerged that Farhan Akhtar had purchased the rights to remake the film, fans were sceptical.

Akhtar maintained the essence of the original film but added a sleeker set, gadgets and aesthetic. He had a star-studded cast with Shahrukh Khan daring to take on the role of Don and Priyanka Chopra gave a very strong performance as Roma.

However, the film received mixed reviews from critics, while many praised the film for bringing it to the 21st century effectively. Some felt that along the way the makers failed to deliver the same impact the original ‘Don’ had delivered and that it fell flat.

Despite this, the 2006 reboot gained enough positive traction from audiences that they franchised the film and released ‘Don 2’ in 2011.

In this case, the original film was the superior of the two, however the reboot was a noble attempt to bring a classic crime tale to modern audiences.

When the title ‘Umrao Jaan’ is said images of Rekha are immediately brought to life. Which is to say that the reboot in 2006, failed to create a place in the hearts and minds of Bollywood fans.

‘Umrao Jaan’ is a period drama which unfolds a story of childhood trafficking, prostitution, love and loss.

The reboot paired Aishwarya Rai Bachchan as ‘Umrao’ and Abhishek Bachchan as the ‘Nawab’ and while Aishwarya was praised for her performance, Abhishek failed to deliver the screen presence required.

With the film having an incredibly lengthy run-time of three hours, many criticised director J.P Dutta’s creative delivery of this reboot.

The box office collections for both films were average, however the original film gained a cult status due to Rekha’s excellent acting and screen presence.

While Aishwarya was extremely graceful and poised she failed to display the range of emotions required to portray ‘Umrao’s’ tragic tale to audiences.

‘Umrao Jaan’ (2006) highlights the issue of when a film is rebooted, but loses the creative spark that made the original film a success.

‘Agneepath’ (1990) is yet another film which originally starred Amitabh Bachchan and was later rebooted to showcase to modern audiences.

Interestingly, the original 1990 ‘Agneepath’ was considered an outright commercial failure. Director Yash Johar had crafted a tale of vengeance and vindication which failed to appeal to the masses.

However, Karan Johar famously went on record to say that while older audiences did not see the appeal of the original film, younger Delhi crowds were infatuated.

Thus when the announcements were made for the ‘Agneepath’ reboot there were qualms over how well-received the film would be.

Hrithik Roshan was cast to play the role of, ‘Vijay Deenanath Chauhan’ with Sanjay Dutt taking on the negative role of Kancha. In addition to having Priyanka Chopra and Rishi Kapoor in supporting roles.

Dharma ensured this reboot was as star-studded as possible, with the hope that their fan-following would flock to the screenings.

The strategy worked and the film was both a commercial success and a critical hit. Namely Hrithik and Sanjay were praised for their intense performances on-screen.

‘Agneepath’ (2012) was the perfect example of how with the correct creative vision and access to seasoned actors; reboots can surpass the success and infamy of their original cinematic sources.

‘Himmatwala’ (1983) catapulted Sridevi to superstar status and has been noted as one of Jeetendra’s best performances.

‘Himmatwala’ is another tale of a vengeful son seeking redemption to clear his father’s name.

The original 1983 film was considered a blockbuster of the 80s being well received by audiences and critics everywhere.

The song, ‘Naino Mein Sapna’ has gone down in Bollywood history for it’s upbeat rhythm, catchy lyrics, elaborate and kitschy set design. It was a true 80s Bollywood powerhouse, which set the bar for other films of the decade to follow.

Which is why Sajid Khan’s 2013 adaptation was considered such a intense failure when compared to the original.

The original ‘Himmatwala’ was a serious tale of revenge and redemption whereas Khan’s 2013 adaptation was a rather mock action-comedy which made fun of the tropes that made the film famous.

Audiences did not enjoy this attempt to mock the 80s Bollywood classic film and it showed with the negative reception both in box office and from critics.

With a return to reboots appearing in Bollywood, it’s clear that there can be cinematic triumphs made. However, creators should always be careful with their creative vision when tackling remakes.