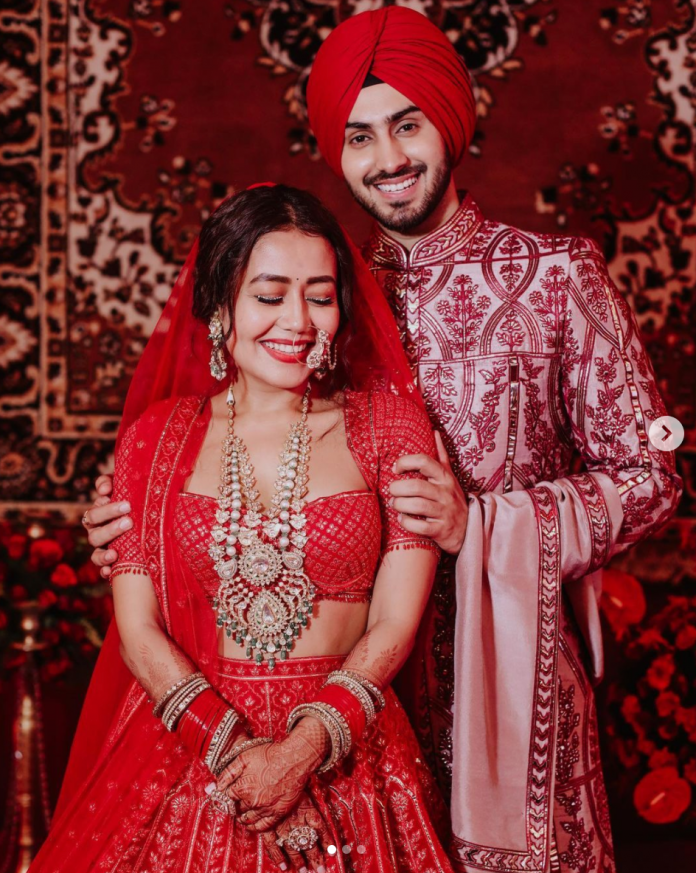 Singer Neha Kakkar and Rohanpreet Singh tied the knot in Dehli over the weekend – in what was an intimate yet grand affair.

Kakkar and Singh got married in a traditional Anand Karaj ceremony in Delhi on 24 October, which was attended by the couple’s close friends and family.

Ahead of the main ceremony, the couple shared a selection of memorable moments with their fans.

The photos from their haldi ceremony were posted by Neha on her Instagram platform with the caption: “#NehuPreet Ki Haldi Ceremony! ♥️ @rohanpreetsingh ♥️.”

The Dilbar hitmaker announced her relationship with Rohanpreet Singh on 9 October with a photo with the caption: “You’re Mine @rohanpreetsingh ♥️”, which you can view here.

Sharing an identical photo, Singh also expressed his love for the Coca Cola singer. “Meet My Zindagi! @nehakakkar,” he wrote on Instagram.

Since such time, the couple have shared several pictures on social media for fans, friends and family. Fans have also caught a glimpse of their undeniable chemistry in the recently released song titled Nehu Da Vyah. The song is written, composed and sung by Neha; whole select portions have been performed by Rohanpreet as well.

Bollywood Showtime published the full wedding video of the bride and groom at the main ceremony. The video also includes snippets from the haldi ceremony and a compilation of the couples’ swooningly romantic selfies and pre-wedding pictures.