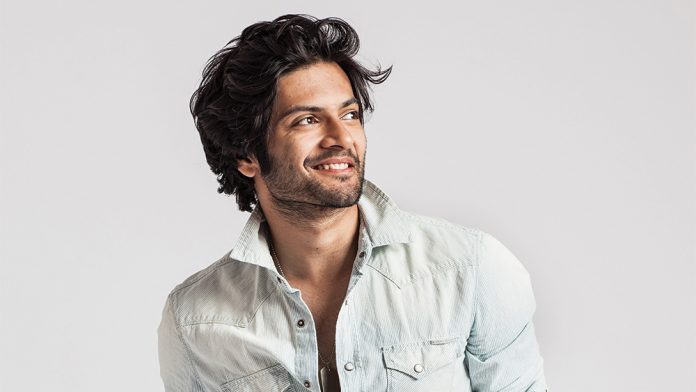 As Ali Fazal celebrates his 34th Birthday, we take a look at the actor’s career highlights – from Hollywood’s Victoria & Abdul to Amazon Original’s Mirzapur.

Ali Fazal has undeniably marked his territory on the small and silver screen. Nonly in India but internationally too — and remains one of the most coveted actors of recent times.

Fazal who turns 34 today, is a stand-out actor who has worked across a multitude of Hindi films, starred alongside Dame Judie Dench in Hollywoodd’s Victoria & Abdul and has appeared in a few web series and a web films including Mirzapur, Mind the Malhotras and Netflix’s House Arrest.

The actor made an impression on audiences world wide with his cameo in Fast & Furious 7, after gaining popularity in the West with Victoria and Abdul. And after it was announced he would be starring in Kenneth Branagh’s upcoming mystery thriller Death on the Nile, it became ever evident the actor has an abundance of talent to offer both Bollywood and Hollywood.

Let’s delve deeper into his flair for film with five of his preeminent performances that helped carve his career in cinema worldwide.

3 Idiots
Not his 2008 debut film ‘The Other End of the Line’, but Aamir Khan starrer ‘3 Idiots’ helped Ali Fazal receive recognition as an actor in his debut Hindi film. His special appearance as engineering student Joy Lobo, who commits suicide after his unsuccessful attempts to make a drone, was poignantly well received by audiences.

Fukrey, Fukrey Returns
Fazal’s big break and first success came with Fukrey, as the temperate and humbled Zafar. He quickly made his way into the hearts of the audiences together with its sequel Fukrey Returns too. Fukrey was a major turning point in Fazal’s personal life as well, because it was on the sets of this film that he met his soon-to-be wife Richa Chadha.

Victoria & Abdul
A British-American biographical comedy-drama film helmed by Stephen Frears, the movie depicted the real-life relationship between Queen Victoria (Judi Dench) and her Indian Muslim servant Abdul Karim, played by Ali Fazal. This was Ali’s first major role in a Hollywood film and received widespread laudation for his acting in the film.

Mirzapur
Fazal as Guddu Bhaiya in Mirzapur is arguable why it constitutes one of his consummate career highlights. When Ali was offered the role, it demanded that he bulk up. Consequently, his own passion for acting inspired him to transform his body and undergo a physique change to do justice to his gangster look in the web series. Following his personal efforts that availed such physical transformation and his superlative acting, audiences have become besotted.

Death On The Nile
Though scheduled for December 2020 release, his next major Hollywood outing already showcases his diverse talent to his fans from across the globe. The multi-talented star alongside Kenneth Branagh’s Death On The Nile. In the film, Fazal plays a character first portrayed by George Kennedy in the 1978 film adaptation, and by David Soul as part of long-running series “Poirot.” The film will undoubtedly enable Fazal showcase what a powerhouse of talent he is.

Did you know? Fazal was one of the youngest members of the Academy from India. In 2018, The Academy of Motion Pictures Arts and Sciences extended an invitation to 928 artistes to be part of the Oscars membership. Fazal was the youngest Indian on the list that year alongside Shah Rukh Khan, Tabu, Anil Kapoor, and Madhuri Dixit, among others.

In an interview, Fazal said, “I feel exhilarated, honoured and humbled to be included in that list of beautiful people. Cinema is the key to unite people from all over the world. The academy is a standing example of that and I hope I serve well in the forthcoming years of entertainment.”