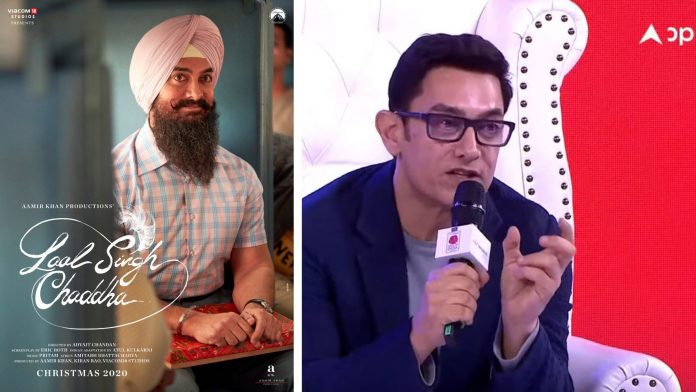 Bollywood star Aamir Khan has announced he will retire from the film industry after his next film, Laal Singh Chaddha — a decision he made during the pandemic.

Aamir Khan has officially announced that he will quit the film industry following the release of his next film, Laal Singh Chaddha — an adaptation of Tom Hanks’ Forrest Gump (1994).

The Lagaan star says his decision to quit is not of late and does not coincide with the upcoming release of his next (or last) film as part of a marketing tactic.

Khan says his decision to depart from acting and filmmaking permanently, came during the COVID-19 pandemic. He also revealed that his ex-wife, Kiran Rao was tearful when he announced the news to her.

Speaking at the two-day ABP Network ‘Ideas of India’ Summit 2022 in Mumbai, when asked if he wanted to quit the film industry, Khan responded: “No, I quit. Nobody knows this. I’m saying for the first time, you will be shocked. I had informed my family that I won’t be doing any films from now onwards. Neither I’ll act nor I will produce any films. I don’t want to do all this. I just want to spend my time with you all.

He explained, “Kiran and her parents, Reena and her parents, my children, my family are there. I felt that. I understand it was a response in anger. My family was shocked as I was conveying it to them in such an intense way. Nobody argued with me. Then I thought I should tell people that I won’t be acting in films now. Then I said if I tell people they will say, ‘This is his marketing scheme as his film Laal Singh Chaddha is about to release, he is announcing his retirement. So I thought it’s better to not say this’.”

“One day, my children told me that you are an extreme person, don’t do this. It will be better if you find a balance in life. I had quit films. In my heart, I had left films. My children and Kiran explained to me I am doing the wrong thing. Kiran cried and said, ‘When I see you, I see films residing inside you. What are you saying I’m unable to understand’. A lot happened in two years, I quit the industry and came back,” he concluded.

Khan will next be seen in Advait Chandan’s Laal Singh Chaddha, which will release in August, 2022.