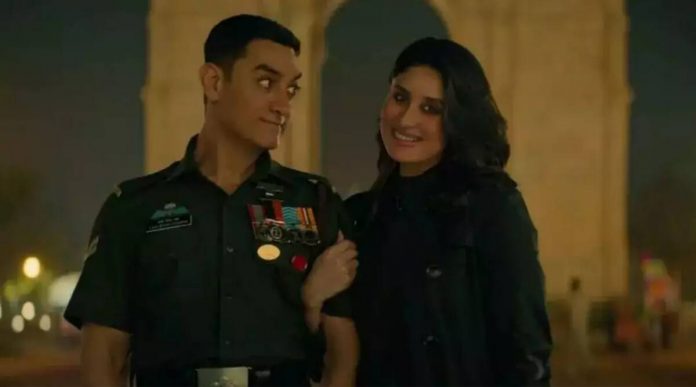 Laal Singh Chaddha, starring Aamir Khan and Kareena Kapoor, is all set to release in theatres on August 11. The Advait Chandan directorial has Aamir playing the titular role, but for Kareena, scoring the lead role was a rather lengthy process. Kareena has previously said that she had to audition to bag her part in the movie. At a recent media interaction, Aamir opened up about the same.

When Aamir Khan was quizzed about finding his Rupa in Kareena, he revealed that initially, they were looking at casting a younger actor. However, in retrospect, he shared that it would have been a “mistake” and is glad that they found her.

Giving details, the 57-year-old shared that since Laal Singh Chaddha’s journey moves from 18-45 years, they decided they will use VFX and special effects to de-age him on screen. To avoid doubling up the efforts, they decided on casting a female actor of 25-26 years, so that she could play an 18-year-old, and with make-up can pull off as a 40-year-old too, “And that was a mistake we were making.”

“We were trying to look at that age group and were in that mode. The casting director then shared with us a video of another actor. While I and Advait watched it, we accidentally saw Kareena in it. For a second, we were shocked and then looked at each other. Kamaal lag rahi thi woh (she was looking amazing). Advait asked about the aging factor, and I said meri ho rahi hai, uski bhi ho jayegi (we are using special effects on me, will use them on her too). Since she was not 25, we didn’t think of her. She read through and it all went so well. I am so glad that she is our Rupa,” the Dangal actor added.

Having worked with Kareena Kapoor Khan in 3 Idiots and Taalash, Aamir spoke about how the actor has evolved and is getting better with time. He also picked Laal Singh Chaddha as one of her best performances.

“Kareena is just getting better and better at what she does. She manages to get into the skin of the character, and becomes that. This is one of her best. When I look at her as a fan, I have seen her in 3 idiots, she was fantastic in Taalash. But personally, I would rate Laal Singh Chaddha as her best. It’s also a very demanding performance. It had a very thin line,” he added.