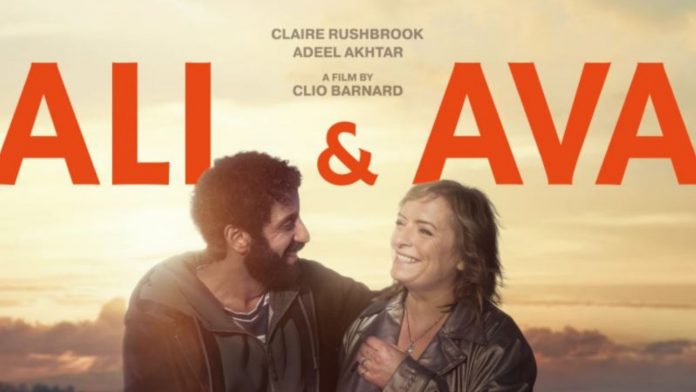 British-Muslim actor Adeel Akhtar stars in the Bradford-based romance-drama alongside Claire Rushbrook — which follows two lonely people who develop a deep connection despite the lingering legacy of their past relationships.

Sparks fly after ALI (Adeel Akhtar) and AVA (Claire Rushbrook) meet through their shared affection for Sofia, the child of Ali’s tenants whom Ava teaches.

Ali finds comfort in Ava’s warmth and kindness while Ava finds Ali’s complexity and humour irresistible. As the pair begin to form a deep connection they have to find a way to keep their newfound passion from being overshadowed by the stresses and struggles of their separate lives and histories.

Speaking to the media about how the role of Ali came about, Akhtar explained it followed an encounter at Toronto Film Festival (TFF) with the film’s director, Clio Barnard.

“It all started when I met Clio at [TFF] and we had an initial chat then, and we were just talking about our love of film and music. Soon after that we met for dinner and she told me about the film itself and she told me a rough idea she had for [ALI & AVA], and how she wanted to base the script on two characters that she’d met in Bradford.

Akhtar went on, “[Clio] had the transcripts of the character that Ali was based on, and we had a few more meetings and then she essentially brought together these different narratives and made a script – which we rehearsed – and then soon after that we were filming!”

The actor explained it was a very “open process, sort of non-traditional,” as opposed to receiving a script and learning the lines. It was more a “slow moving” process he added.

Given the non-traditional relationship dynamic in the film, Akhtar addressed the subject of ‘taboo’ that still exists today in British-Asian culture. Specifically separation, divorce and having non-Asian partners in which the film centres on.

Akthar looked to the positives of living in “really exciting times” where we can “draw on our cultural heritage” yet “take ownership” of what that means.

Enveloped in music, humour and emotion, ALI & AVA is a heartfelt contemporary love story written and directed by BAFTA-nominated Clio Barnard (The Arbor, The Selfish Giant).

Filmed and set in Bradford, ALI & AVA is shortlisted for BAFTA Awards in two categories: Outstanding British Film and Best Actor (Adeel Akhtar). The BAFTA Award winners will be announced at a ceremony in London on Sunday 13th March 2022.