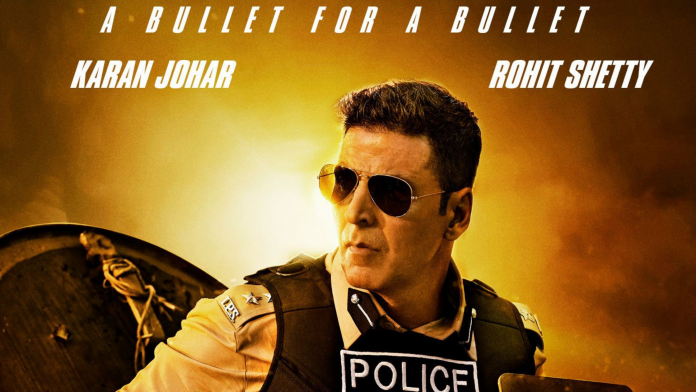 After India’s Chief Minister of Maharashtra, Uddhav Thackera, recently announced the reopening of cinemas across the state, Reliance Entertainment confirmed the theatrical release for its upcoming action film, Soorayavanshi on 4 November, 2021.

Directed by Rohit Shetty and produced by Karan Johar, Sooryavanshi is the fourth instalment in Rohit Shetty’s cop universe series and stars Akshay Kumar in the lead role. It succeeds Ajay Devgn’s Singham, Singham Returns and Ranveer Singh’s Simmba. Katrina Kaif will star opposite Kumar as the leading lady.

Sooryavanshi is presented by Reliance Entertainment and produced by Rohit Shetty Picturez in association with Dharma Productions and Cape of Good Films, and is set to release in cinemas this Diwali.