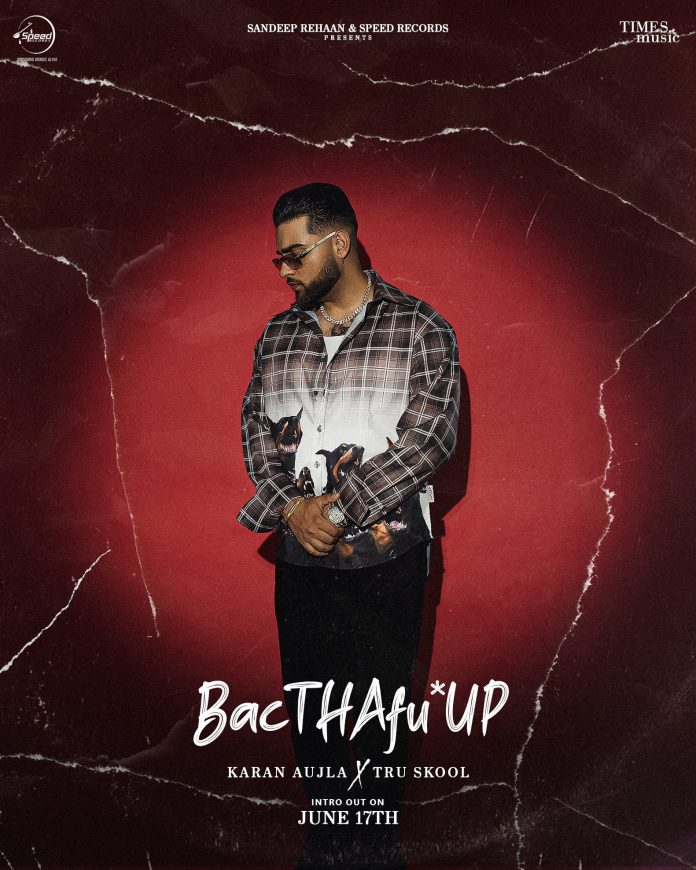 On 17 September in 2020, Punjabi music fans across the world discovered what would become one of the Bhangra scene’s biggest collaborations — with “Geetan Di Machine”, Karan Aujla alongside the inimitable Tru-Skool.

It was on this day both artists would take to Instagram and post a picture alongside each other, to announce not just one song, but an entire studio album.

There is no doubt that Karan Aujla is one of the most talented singer-songwriters to have ever stepped onto the scene — his unique style of writing, flow and compositions are what has set him apart from others.

Songs such as Mexico, Don’t Look and Kya Baat Aa, just to name a few, demonstrate his versatility as an artist, in an age where many singers and lyricists are wary and cautious of putting out a product which is against the industry norm, Karan has never been shy to push the envelope.

From his debut release, Property of Punjab back in 2016 at the age of 19, Karan has brought a refreshing take to Punjabi music which has been missing for many years. However, after releasing many hit singles, fans wanted a complete body of work, and who other to go to than the UK’s very own, world-renowned Punjabi folk and hip hop producer, Tru-Skool.

Sukhjit Singh Olk better known as Tru-Skool, needs no introduction. Since his debut release Word is Born, he has made hit after hit, with a very impressive discography. Introducing singers to the scene such as Kulvinder Johal, Gurbhej Brar, JK, Prince, Raman Aujla and Ashok Prince whilst elevating the careers of names such as Kaka Bhaniawala and the icon Diljit Dosanjh, BTFU (BacThaF***Up) was about to be groundbreaking.

Almost one year later, on 15 September 2021, BTFU dropped, and it didn’t just drop, it dropped like a bomb — dominating music charts all over the globe and on iTunes, ranked #1 in India. BTFU broke the internet as fans expressed their gratitude to both artists for putting together a masterpiece together.

The album surpassed everyone’s already-high expectations — as the collaborators have proven to have gone against the tide, by taking it back to the roots of pure, authentic Punjabi music.

Tru-Skool is known to bring the best out of all the vocalists he works with and this is proven on BTFU as Karan sounds better than ever. What’s interesting the most is Karan trying things he hasn’t attempted before, for example on the song Ford we hear himself and Tru-Skool bring the golden era of Punjabi folk music to 2021, both execute this sound perfectly and it’s shocking to see this level of authenticity being produced in this day and age, where the majority would shy away from such a sound and attempt to try something modern and more western.

Sharab is another track where both artists bring that ‘teth’ Punjabi folk Bhangra back — this is definitely going to be a hit on the dance floors, just in time for wedding season in Punjab, and Harjit Harman’s feature is just the icing on the cake for this number.

Karan mentioned in the Vibe Check Intro for the album, that there would be a lot of dhol in this album and he wasn’t wrong, but the dhol doesn’t just stop at Sharab. Bhangra heads are in for a treat as Click That B Kickin It, Ask About Me and Boli all have Tru-Skool’s signature crisp and hard hitting dhol in them.

The Derby producer gives three songs which sound so aggressive, that you can’t help but want to play them at full volume and want to get out your seat and dance. These three songs show Karan singing in the raag Bhairvi, which he is not well known for but WOW, his compositions on these songs are what singles him out from many in the industry.