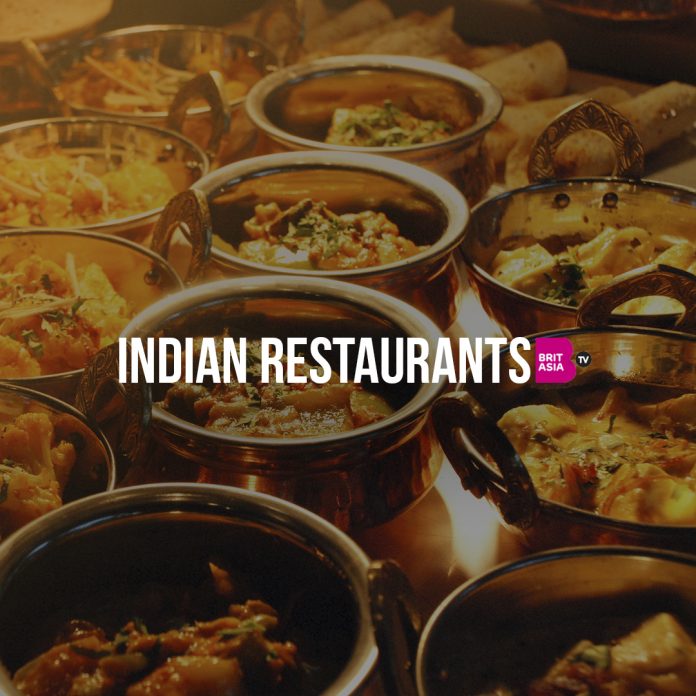 I grew up terribly confused as to why the food in Indian restaurants bore no resemblance to what we ate at home.

When I went to one in my late teens with my English friends, they peeked up at me expectantly from behind their laminated menus: “so, what do you recommend?” they asked. 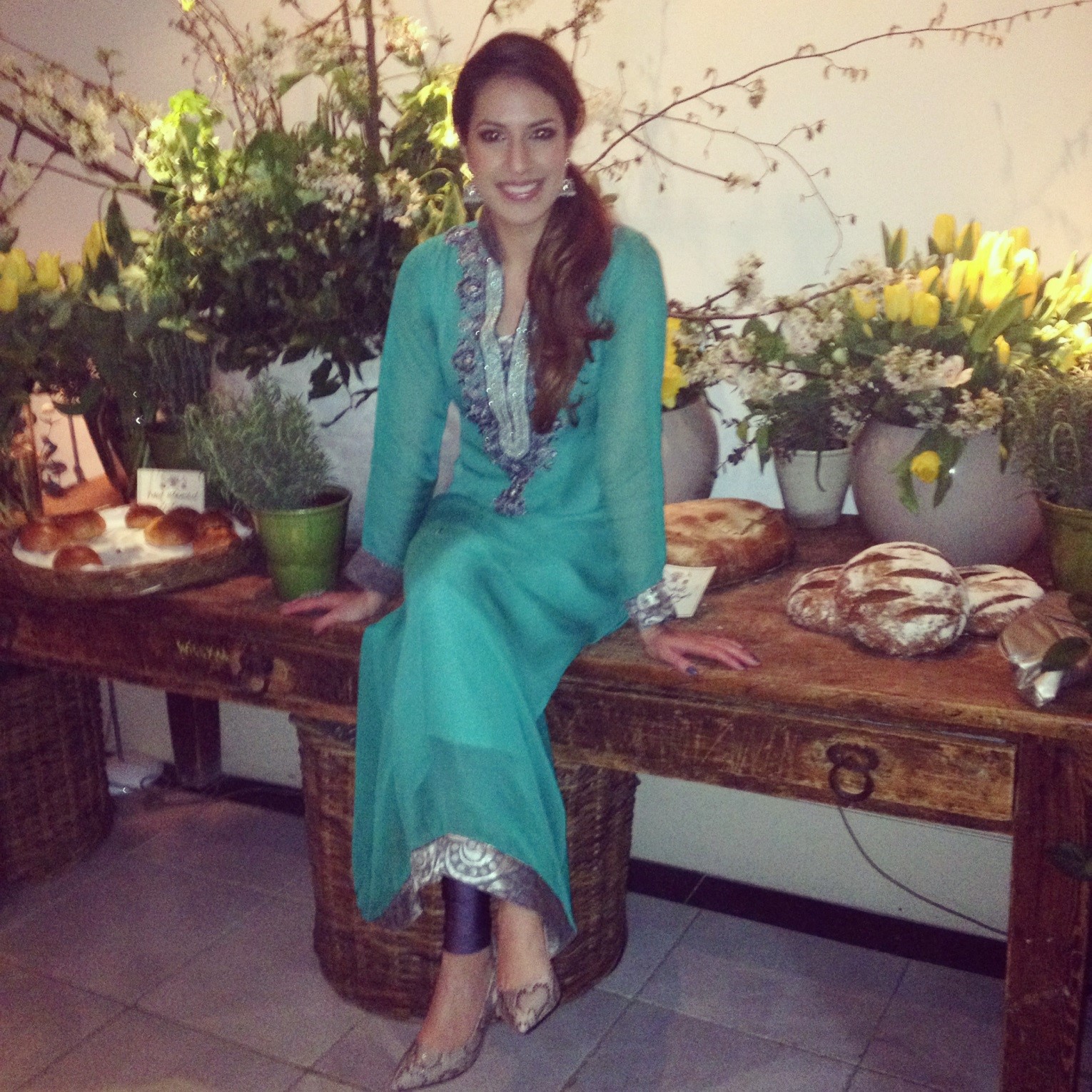 To which I answered “I haven’t a clue, mate. But I think I’ll have a Chicken Tikka Masala, never heard of one of those before”…

So I did. Have a Chicken Tikka Masala that is. Thing is, it was just as much of a novelty to me as it was for my pale-faced buddies.

Indian restaurant food has had a bad rap for being inauthentic but Indian food was being adapted back in India during the Raj and it has always evolved with the ages even before that, fusing with the different culinary styles of centuries of invasions.

The thing that baffled me was the fact that everyone seemed sworn to secrecy in upholding the myth that this was the food we also ate at home, instead of just admitting what it initially began as in Britain: an anglicised version created for and catered to a non-Asian market. There. No-one died. 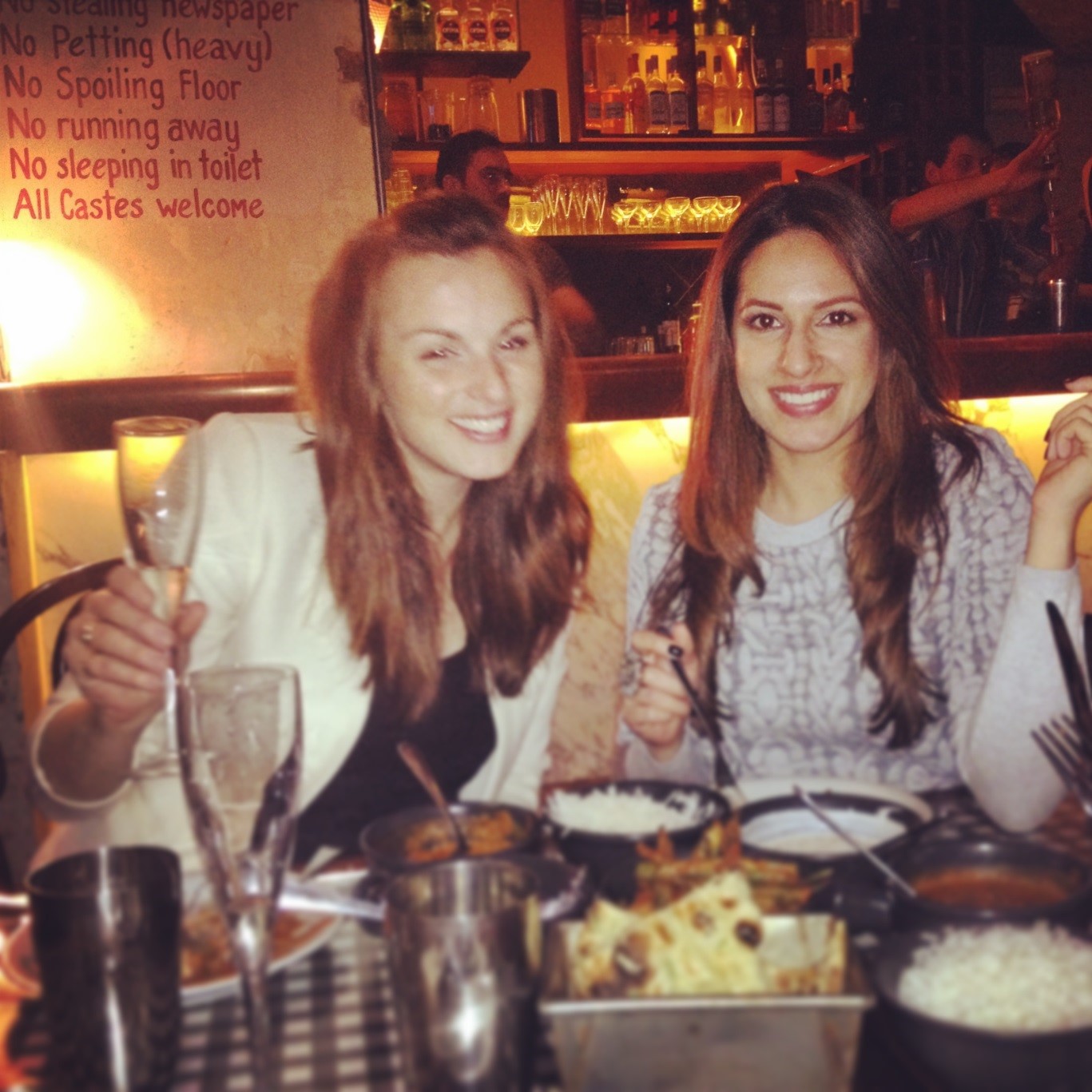 And the thing that frustrated me was there used to be no variety on offer: no explanation of the breadth of Indian food available, from Mumbai-style street snack wraps to delicate South Indian coconut broths.

Until recently, Indians and those in the Diaspora did not go to restaurants. This was partly due to the fact that they saw little sense in paying so much for something they could make at home for a fraction of the cost and, also, women did not really go out in previous times. Furthermore, due to religious reasons, there were restrictions around eating food prepared by others.

So, Indian restaurants naturally evolved from catering to non-Asians or Indian working men, the chefs of which were also men and cooked in a different style to the women at home. 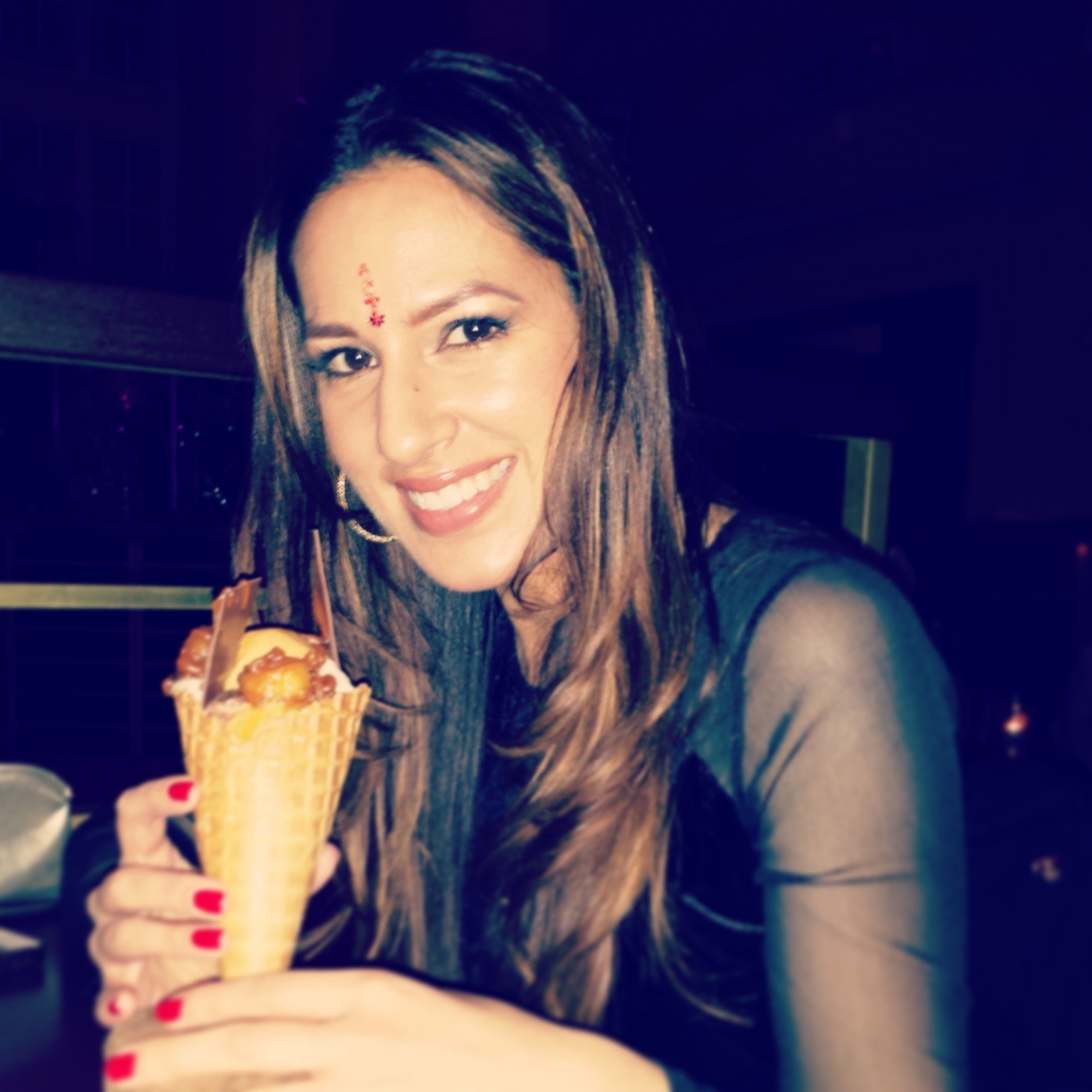 Nowadays, Indians and British Asians do eat in Indian restaurants but precisely for the reason that it is different to what they have at home. So, a Punjabi will delight in going out for Gujarati dhokla, for example, as it is not in their culinary repertoire. Indian-Chinese fusion has also been extremely popular, with yummy treats like stir-fried chilli paneer.

I have huge admiration for those who came over to this country in the 50’s and 60’s and, with very little to their names beyond an entrepreneurial spirit, set up restaurants that catered to what the customer wanted. And want it they did.

It has been so embraced and loved that it has become a part of the national psyche, with Chicken Tikka Masala at one time being Britain’s most popular dish, which, in an ironic twist to the tale, has been embraced in India and served at top hotels as a highly fashionable menu item. Even recently, the Chicken Tikka Masala has been the top-selling ready meal for Marks & Spencer’s in Paris, with French workers flocking to get their fix. 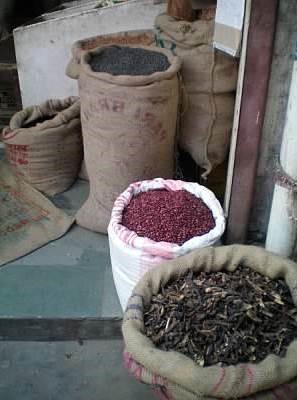 I have never used the term ‘curry’, as it simply doesn’t mean anything to me (it would be a bit like me making up a new word for ‘roast’ and then applying that to all British dishes from Lancashire hot-pot to sausage and mash rather than using the individual dish names) but it quickly became clear that the Brits had taken this said curry to their hearts. 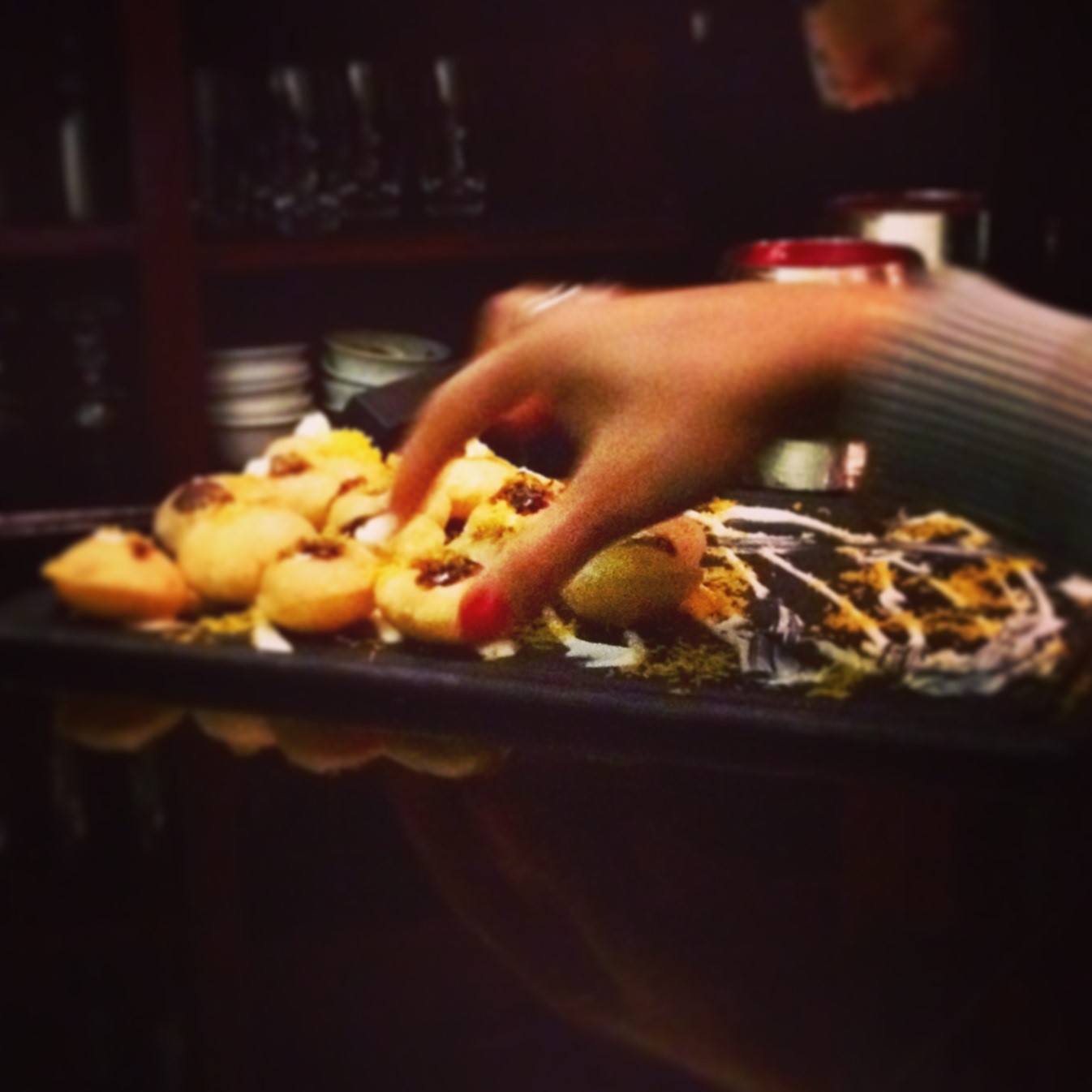 I have spoken to many Indian restaurant chefs around the country about the food they cook and they explained that when the first Indian restaurants appeared in England, there were no rules.

There were also no Indian grocers, and so they used little in the way of fresh ingredients. Powdered ingredients, like garlic, ginger and chilli were cheap and long-lasting. This then created the taste that people became accustomed to. 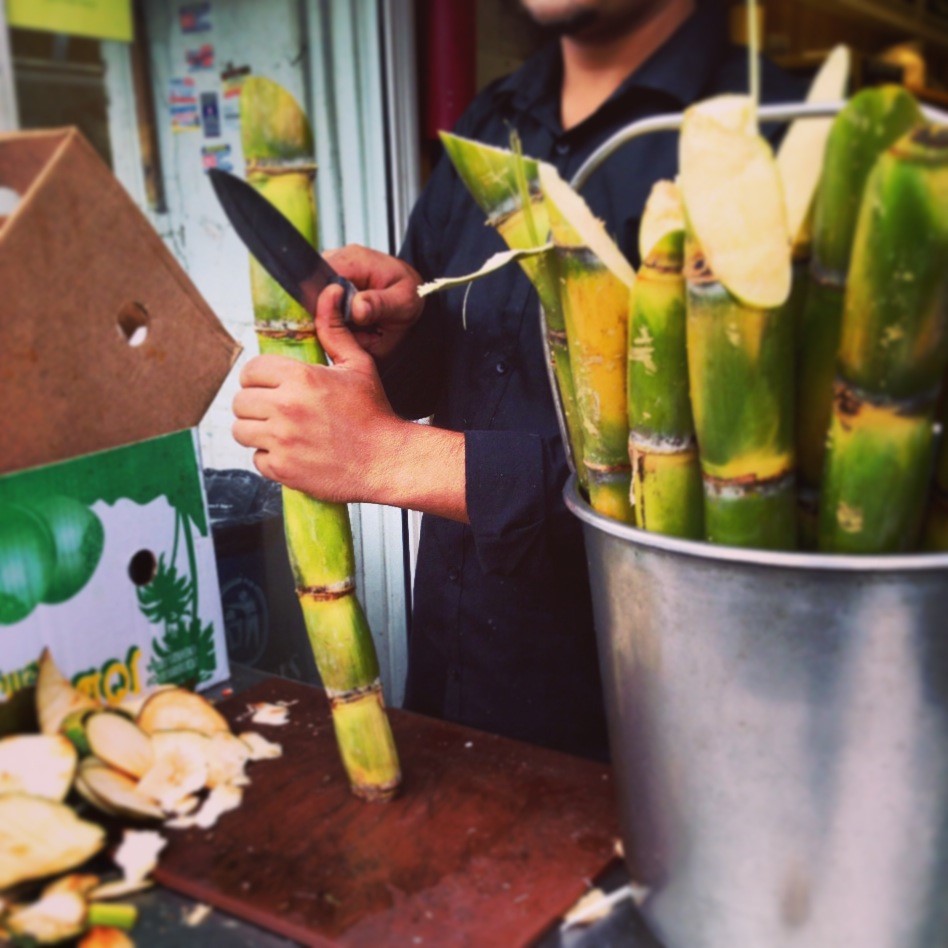 They used a singular base sauce, made from boiled onions and tomatoes, which they could adapt with a few ingredients, say, a dash of cream or more chilli, to make a multitude of different versions.

After all, the more sauces you make from scratch, the more skilled manpower you require, all of whom needed a wage and there often just wasn’t the space in the kitchen for that many cooks. By using high oil content, you could extract as much flavour as possible from the spices without fear of them sticking and burning, less stirring was required, freeing the chef up to get on with something else. It also preserved the sauce so it would keep well. 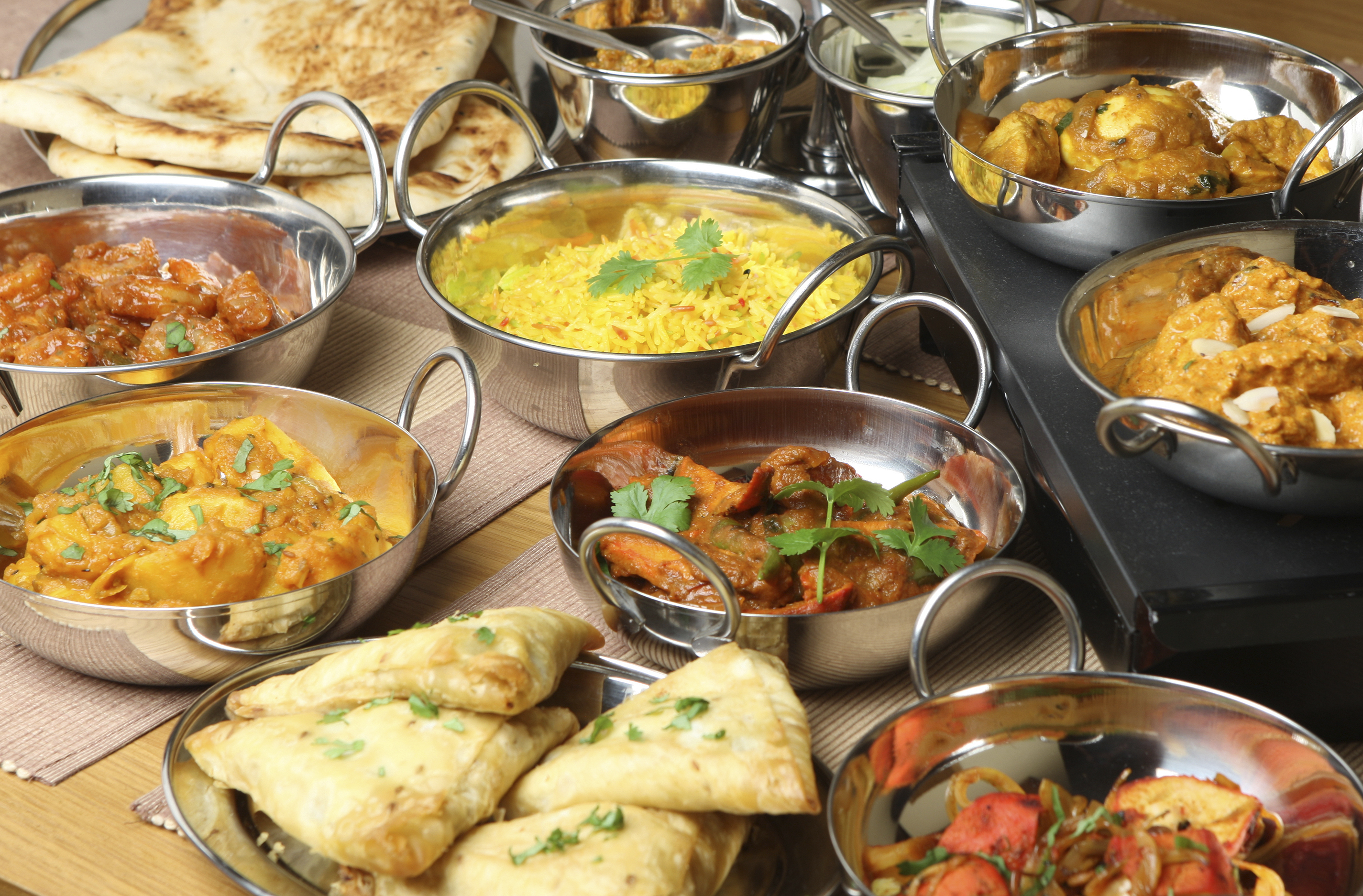 We all know the urban myth about how the Chicken Tikka Masala was invented, but it shows the ingenuity that these restaurateurs used to survive and thrive. They were able to maintain their businesses by creating new dishes and adapting others to Western tastes.

Whether it was staying open late to be the only welcoming place after the pubs had shut, offering chilli-loaded fiery phaals and vindaloos to lagered-up men who wanted to win machismo contests, or sweetening up kormas for the intrepid wives. You want it? You got it.

Often the names of the dishes would themselves be authentic but the food was far from the original version. The restaurant staff would often have little plastic tubs in the fridge of their own food to eat during their breaks, like Bengali broken rice and fish on the bone cooked with mustard seeds.

I spoke to one restaurateur recently who dreamed of putting his Bangladeshi home-style dishes on the menu but dared not as he feared people wouldn’t like them and that it would ruin his business. “But how will people know if they do or don’t like it if they are not even able to try it?” I said. “English people won’t eat fish on the bone”, he replied.

This struck me as a sad assumption. Perhaps we should give people a bit more credit. 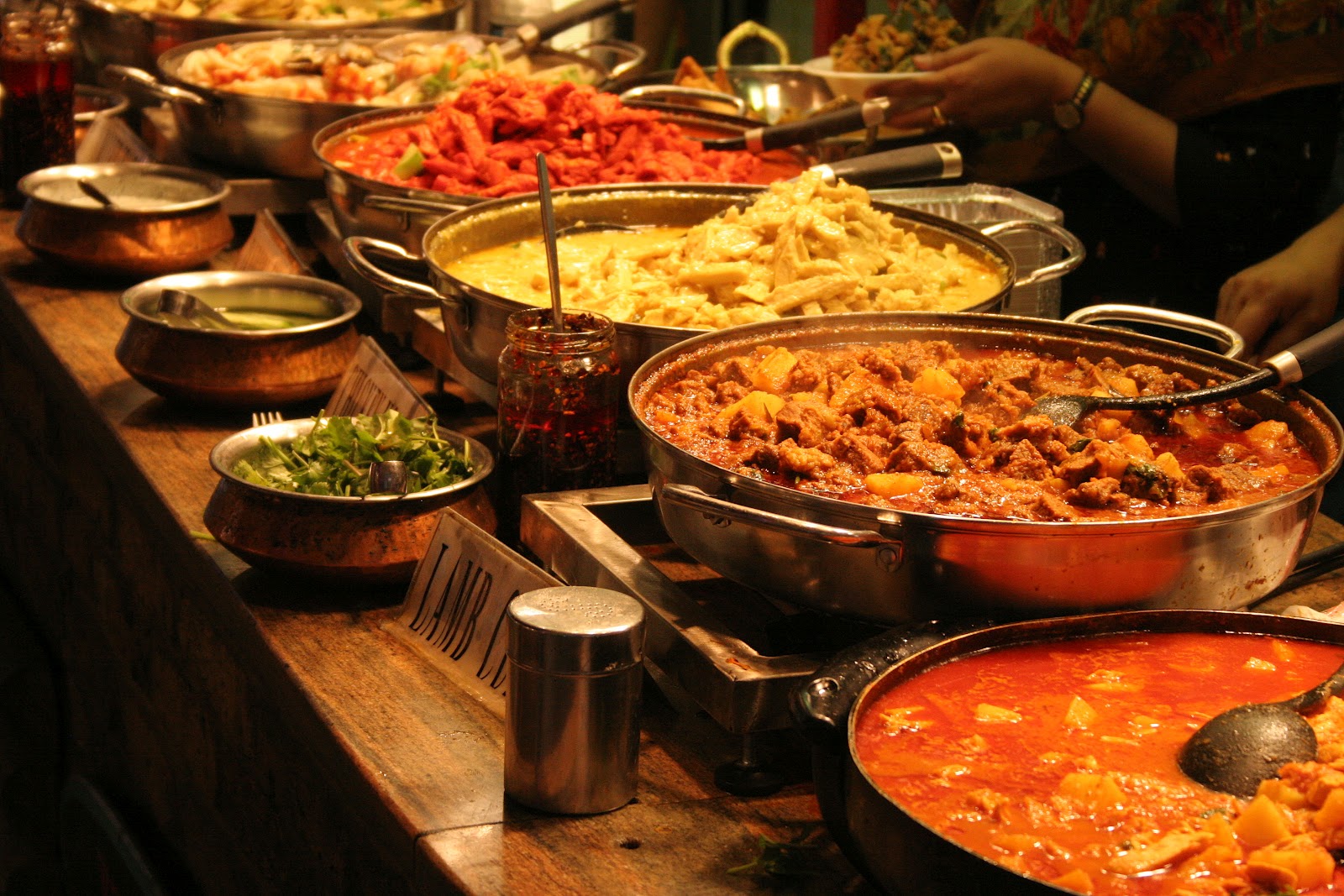 There are plenty of cuisines that haven’t adapted their food and the British have embraced it, along with techniques, customs, names and pronunciations. Japanese, with sushi, sashimi, chopsticks and teriyaki, for example. Or did that ship sail for Indian food back with the last clippers?

People often ask me where I recommend to go and eat Indian food. But it really depends on what you want from your meal as so many factors go into the equation. However, if you want authenticity, then you simply need to go where other Indian people eat, especially families. If it is good enough for their birthday or other special occasion, you can guarantee it will be good enough for your meal out. 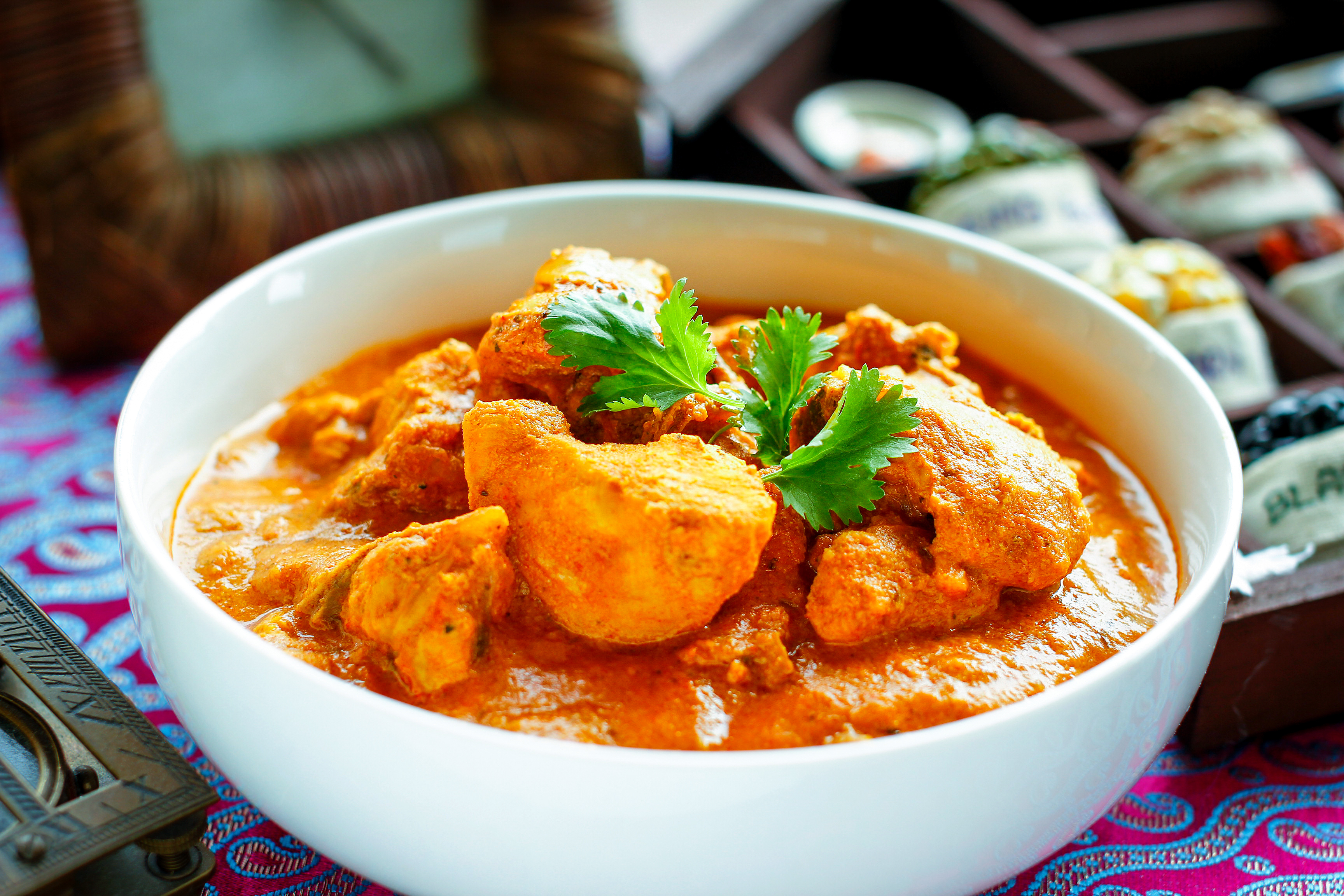 One chef said to me “with the first Indian restaurants, the English didn’t know any different in their local Tandoori Hut and they liked it. For us it was cheap and easy, so it was good for everyone. But in areas where there were lots of Indians, such as Southall or Wembley, you had to make authentic dishes. You couldn’t get away with it there. There would be uproar”.

People assume I eat at every single restaurant in London, but I don’t, because I’d be both broke and the size of a tank. However, I am certainly spoilt for choice here in this fantastic foodie city.

You can get some of the best Indian food in the world right here. We have such a plethora of excellent restaurants now, from refined dining, like Benares, Rasoi and Amaya, to hip new eateries like Roti Chai and Dishoom, to fresh and tasty food on the go like Rola Wala, Hot Stuff on Wheels and The Kati Roll Company. 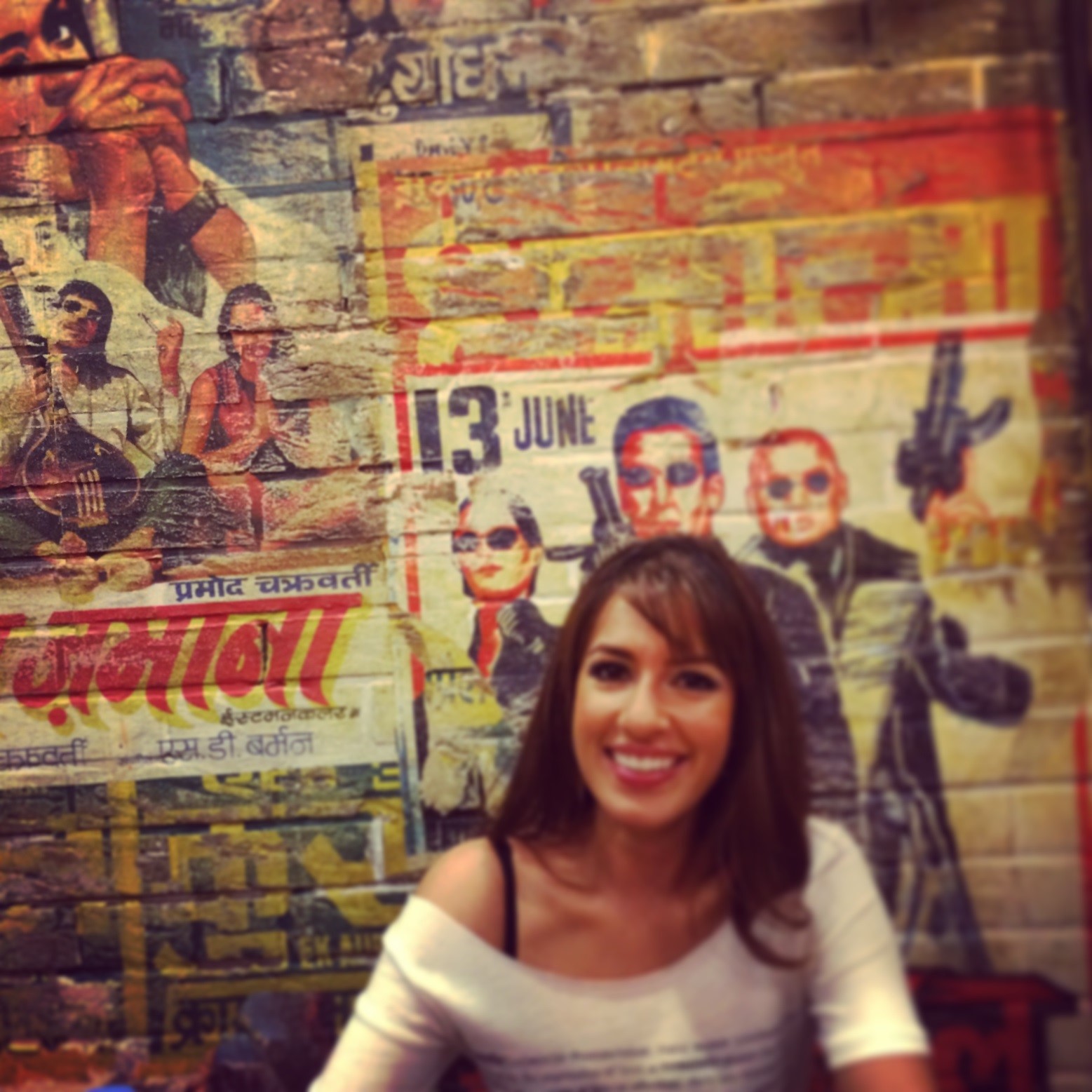 Also, regionally, with restaurants like the superb Lasan in Birmingham. The boundaries of what Indian restaurant food can be are continuously being pushed forwards with creativity and vision.

There are so many brilliant chefs here. We are all in the Asian grub foundation together, with our own experiences that we bring to the table and cover the spectrum from nostalgia and tradition to innovation and wit.

So for someone wanting to learn about and enjoy Indian food, there is so much to tap into…