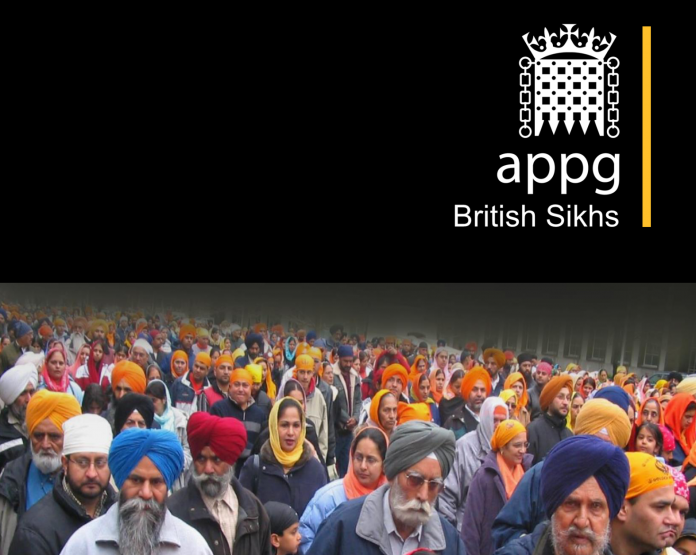 The All Party Parliamentary Group (APPG) have published the latest report into Anti-Sikh hate crimes this October.

There are more than 150 constituencies across the UK with over 1,000 Sikh constituents.

The APPG for British Sikhs hosted a virtual Zoom meeting on Anti-Sikh hate on 6 October 2020.

The report makes evident three key components: A vast amount of under reporting into Anti-Sikh hate, a significant lack of visibility on the hate crimes reported because hate crimes against Sikhs are recognised under at least 3 different categories (Race, Religion: Sikh and Religion: Muslim), and that Anti-Sikh hate is on the rise.

Looking to other high-risk hate crime groups, namely Muslims and Jews, there are three main distinctions when compared to Sikhs:

1. The lack of a term to describe hate crimes against Sikhs
2. The lack of definition of hate crimes against Sikhs
3. The lack of a competent body with adequate funding, monitoring capabilities, and third-party reporting status to report Anti-Sikh hate to the police. A body that can act as a go-between for victims who are unable to or unwilling to report to the police directly. Much like the Community Security Trust (CST) 11 for Jews and Tell Mamma 12 for Muslims.

43 MPs from four political parties, including Ministers and Shadow Ministers from across the UK participated in the two-hour meeting with hundreds of Sikh constituents observing. Official speakers included:

Hate crimes against Sikhs became a worldwide phenomenon after 9/11. These crimes are often based on ignorance and misinformation about the Sikh identity and the Sikh way of life.

Section 4 of the Sikh Manifesto 2020-2025 which states: “Hate crimes targeting Sikhs and our religious institutions,” was intended to bring UK Government and MPs’ attention to this growing concern and urge those representing the Sikh community to act now.

The second objective is to create an official definition of the said term that is recognised and adopted by governing bodies and institutions within the UK so these crimes can be appropriately identified, reported, recorded, monitored and prevented.

The APPG for British Sikhs is simultaneously consulting the Sikh community on the proposed term and definition. A 60-day public consultation has started to allow UK governing bodies, Sikh individuals, Gurdwaras and organisations to have input.

What is the proposed official definition?

‘Anti-Sikh hate’ is any incident or crime which is perceived by the victim or any other person to be religiously or racially motivated by hostility, hatred or prejudice against Sikhs or those perceived to be Sikh people, Gurdwaras, organisations or property.

Given the lack of Government support to date, following on from their work in raising awareness within the Sikh community of the importance of reporting hate crimes, the Sikh Network, in partnership with the Sikh Council UK, is proposing to act as a third-party reporting partner for Anti-Sikh hate.

This community-based proposal is designedto allow the Sikh community open and wide access to report any incident at a local reporting centre, in a private and friendly environment.

News Priyanca Kumari - 1st December 2020
0
Ealing Council has announced that a road in Southall will be renamed Guru Nanak Road after a successful consultation process.  The part of the road...

Events Priyanca Kumari - 30th November 2020
0
On this day BritAsia TV looks back at BAMA 19 — BritAsia's Music Awards that assembled icons across the entertainment industry at Wembley Arena,...
© BritAsia TV 2020 All rights reserved. Made By Gloss