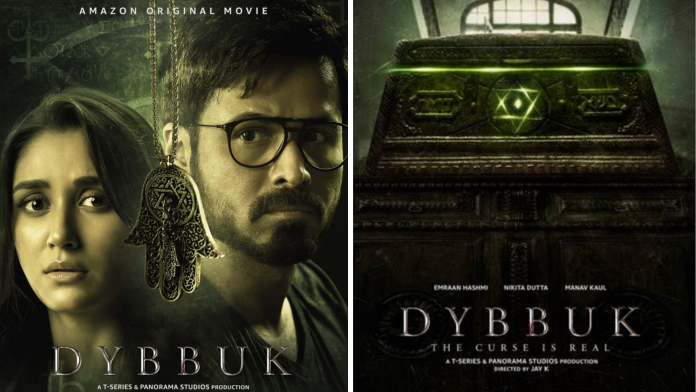 Prime Video has released the official teaser of its upcoming horror-thriller Dybbuk – The Curse Is Real starring Emraan Hashmi and Nikita Dutta.

The film marks the digital debut of Emraan Hashmi and is set to release on 29th October, 2021 on Amazon Prime Video. Written and Directed by Jay K, the upcoming Amazon Original film is the official remake of 2017 Malayalam blockbuster film, Ezra and the music is given by Clinton Cerejo.

Ahead of Halloween, the teaser sets the tone for the season of scare. Along with Hashmi, who makes a long-awaited return to his notable horror genre, this film also features Nikita Dutta and Manav Kaul in prominent roles.

Mahi (Dutta), a newly married woman, brings an antique Jewish box into her home. When Mahi and her husband Sam (Hashmi) begin to have paranormal experiences, they soon learn that the box is a dybbuk containing an evil spirit. The couple then seeks the help of a rabbi to unravel its mystery. Will they survive this ordeal before their child is born?

The teaser sees Dutta’s character opening a Dybbuk box that exudes pernicious threat — what follows is a series of terrifying events that will keep audiences at the edge of their seats.

Watch the official Dybbuk – The Curse Is Real teaser here:

Dybbuk will premier worldwide on 29 October, 2021 only on Amazon Prime Video.