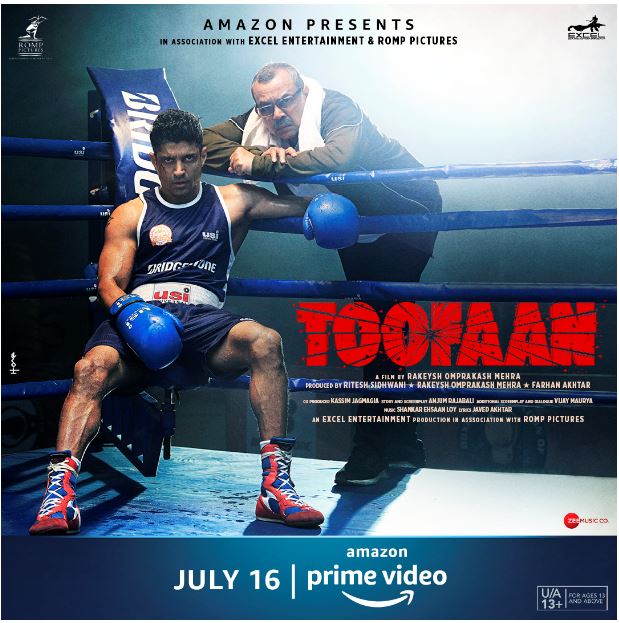 Toofaan is produced by Excel Entertainment (Emmy nominated Inside Edge) and stars the international icon, multi-award winning actor, music artist and UN Women Goodwill Ambassador Farhan Akhtar as a reformed goon who seeks to make a name for himself in the sport of boxing. The drama takes audiences on a journey of his fall and triumphant comeback from the streets of Mumbai slums against all odds.

Taking to social media, Akhtar shared a promotional poster of the film alongside the tweet: “With humility, love and in dedication to the fighting spirit of the beautiful people of our nation, our film ‘Toofaan’ will be releasing on July 16th. #ToofaanOnPrime,” and tagged those involved with the project.

With humility, love and in dedication to the fighting spirit of the beautiful people of our nation, our film ‘Toofaan’ will be releasing on July 16th. #ToofaanOnPrime

The film was originally slated for theatrical release in India in September 2020. However, it was indefinitely delayed due to the rise in Covid cases across the country, stalling both production and theatrical distribution of new films.

The film is officially scheduled to release on 16 July 2021 on Amazon Prime Video.

Catch the trailer on 30 June.