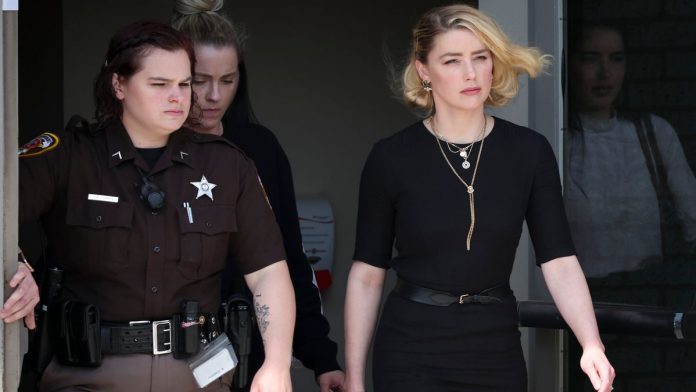 Amber Heard will return to the silver screen with an “original concept” film, her former agent says.

The actress looks set to be blacklisted by Hollywood producers amid the fallout from her multi-million dollar defamation trial loss to Johnny Depp.

But Jeffrey Nightbyrd, who signed Heard when she was 17, believes she has what it takes to rebuild her career on her own terms.

Speaking from his home in Oaxaca, Mexico, Jeffrey, 79, said: “She has a very good brain and she should do her own projects.

“I would bet one day Amber will produce and direct a film with an original concept.” Jeffrey stopped working with Heard before her breakthrough role in 2018’s Aquaman.

He says she would be well advised to focus on projects of “substance”.

“Johnny Depp has been working on meaningful projects for the last year and a half,” he said. “Amber got captured thinking money was the goal. She should learn from those people. In this era, when most women’s roles are either silly or comic book like action adventures, Amber will surprise everyone by going outside the system and embracing a role that challenges conventional thinking.”