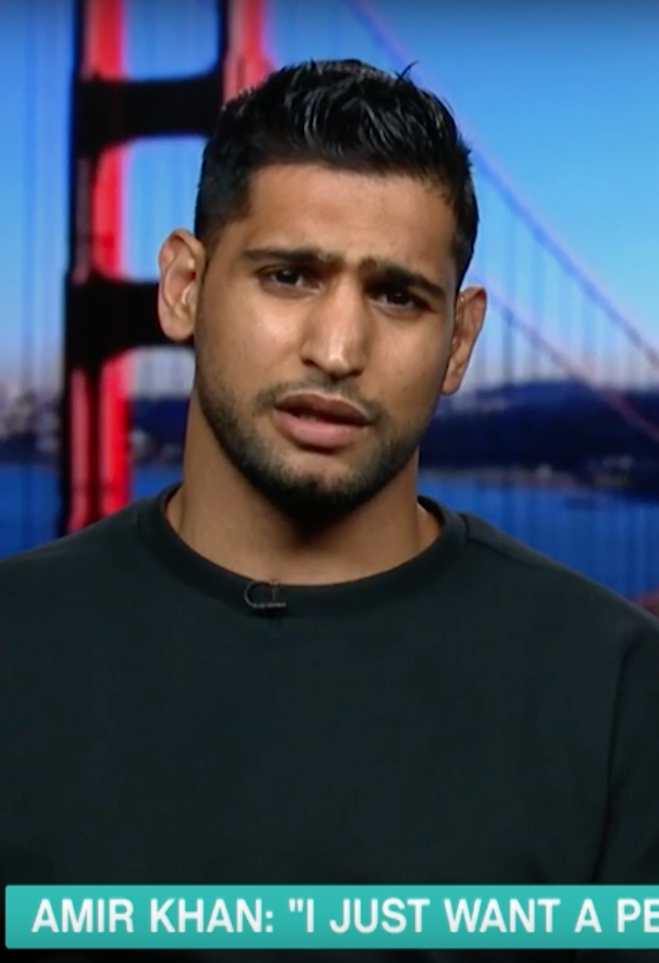 Amir Khan and his wife Faryal appeared on This Morning today to talk about the adult video that was leaked last week and to dispel rumours that their marriage was under pressure. Footage appeared last week of Amir performing a sexual act while engaged in a skype conversation with an unknown model. 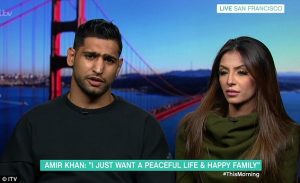 Reports initially commented that Faryal was ‘disgusted’ but now the pair have appeared united as Faryal commented: “We’re here to show that all the divorce rumours aren’t true. We’re not here to cause problems – we just want to show that our marriage is fine and we’re doing well.”

The couple also went on to discuss who supposedly leaked the footage, they suggested it could be an ex-girlfriend, former employee or even a family member. The presenters pushed the two for more information and Faryal said: “I’m not saying it’s a family member, but the timing is strange – it happened now for a reason.”

There has been a rift between Amir and his family following their feud with Faryal back in December, Amir didn’t attend his brother Haroon’s wedding in Bolton last weekend and opted to train in San Francisco instead. Despite his claims that it could be a family member who distributed the tape Amir said: “I speak to my parents now and then, things are getting better, we just want to be one happy family again.” Faryal added: “Our main priority is Amir’s next fight, all this is just the past coming back to put us down, but we just need to rub it off and be happy.”

Who do you think was responsible for leaking the tape? Let us know your thoughts. #BritAsiaTV